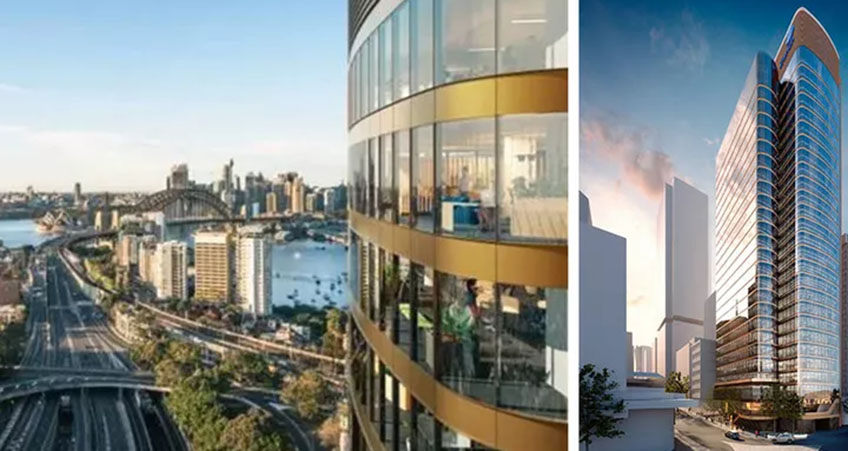 Property investor CBRE Global has picked up the under-construction, 21,012 square-meter property in North Sydney that will be the headquarters of Zurich Financial Services Australia, in a deal worth around AU$350 million (US$238 million).

CBRE Global Investors purchased the A-grade office asset, which had been on the market since late 2018, via a fund-through transaction on behalf of German real estate Spezialfonds.

The 118 Mount Street office complex is being developed by the Swiss-based Zurich Insurance Group, which has committed to more than 64 percent of the building and will be delivered by construction firm Roberts Pizzarotti.

Additionally, Stockland has purchased 118 Walker Street and 122 Walker Street for a combined price tag of AU$121 million (US$82 million), while Dexus reached practical completion on its $600 million (US$407 million), 35-story office tower at nearby 100 Mount Street, in early 2019.

The North Sydney market has attracted more than AU$1 billion in investment in the past 12 months from Singapore, the United States, the United Kingdom, Hong Kong, and Mainland China.

The district is expected to benefit from the Victoria Cross Metro station and new Metro rail link connecting it to Barangaroo and Martin Place when completed in 2024.

Completion of 118 Mount Street, located on the eastern side of the North Sydney precinct, is expected late next year.

Another prominent A-grade building in North Sydney has been acquired for AU$311.3 million (US$211 million) by Property investor Abacus Property Group.

The ASX-listed company, which recently withdrew its joint bid with Charter Hall Group for the Australian Unity Office Fund, bought the building in the face of stiff competition from large institutional buyers from Charter Hall, EG and Singapore's Keppel Capital.

The 21-story office building, located at 99 Walker Street, was sold off by the Oxford Investa Property Partnership at AU$16,100 (US$10,926) per square meter of net lettable area, in keeping with North Sydney's rising prices. Located at the midpoint between North Sydney Station and Victoria Cross Station, the commercial tower was built 31 years ago; renovations are due for completion in 2024.

“This transaction aligns with our strategic priority of acquiring assets in specific locations where we see amenity and infrastructure improvements that we believe will translate to strong tenant demand,” Abacus managing director Steven Sewell said.

Prime and secondary markets in North Sydney recorded gross effective rental growth of 9.2 percent and 8.5 percent, respectively, over the past 12 months.

The City of Sydney gave approval to ICD Property for the first stage on its concept development application of the City Tattersalls Club site earlier this month. The approval allows for plans to rejuvenate the entire clubhouse, including retail, restaurants, along with plans for a 48-story tower above the club.

Along with providing equity partnership alongside its investor consortium, First Sponsor will act as the sole construction financier, providing funding for the project’s delivery.

ICD Property and the City Tattersalls Club submitted the application for its AU$200 million (US$136 million) project last year, following a rejection of an earlier proposal at the 194-204 Pitt Street Sydney address.

ICD says submission of a stage two development application will follow the planned design competition with the City of Sydney next year.

For more on these stories, go to The Urban Developer.