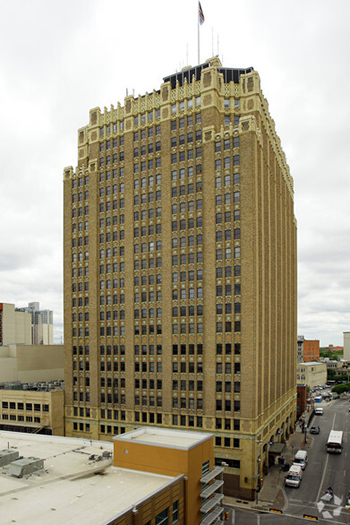 A south Texas hotel and hospitality group has purchased the former Nix Medical Center. One of its owners said on 3 January 2020 he plans to maintain the integrity of the historic 1930s structure.

California-based Prospect Medical Holdings recently completed the sale of the 90-year-old downtown building 414 Navarro Street to InnJoy Hospitality, a Rio Grande Valley-based company with commercial properties throughout South Texas and a few in other states.

InnJoy borrowed US$19 million from lender Green Rock Properties to acquire the deed for the 24-floor Nix building, according to a 27 December 2019 filing with the Bexar County Clerk’s office. InnJoy and Prospect agreed to the terms of the deal on 5 September 2019.

Nitin Kasan, a managing partner at InnJoy, said the company is not ready to disclose detailed plans for the facility, and its conversion into a hotel is not a foregone conclusion. However, the InnJoy website lists the property in its portfolio as a “mixed-use hotel.”

But the hospitality group will honor the history of the Nix, a legacy hospital in this city in which many prominent San Antonians were born, he said.

“We’re in the game of [restoring] historic buildings, so we like the history behind it,” Kasan said. “It’s very monumental for a lot of people in San Antonio. We’re going to keep to the roots of the building. That’s very important to us.”

Known originally as the J. M. Nix Professional Building, the building was developed by Joseph M. Nix, who envisioned combining a hospital with physicians’ offices and a parking garage. It was designed by architect Henry T. Phelps, who also designed the 1922 Maverick Building.

The Nix Medical Center, a 208-bed acute care facility, shuttered in 2019 after years of decline in demand. More than 500 employees at the hospital were laid off, according to documents Prospect Medical Holdings sent the Texas Workforce Commission in August 2019. Prospect also closed two mental health care facilities on Babcock and Vance Jackson roads in the ensuing months.

Prospect acquired the Nix facilities from Kentucky-based Merit Health Systems in 2011, citing the opportunity to expand in Texas. But the decline in patients at its downtown acute care facility plagued the Nix Health system after the transaction, Prospect has said.

For more on this story, go to the Rivard Report.