Bid Awarded for Skyscraper Project in Planned City Near Doha 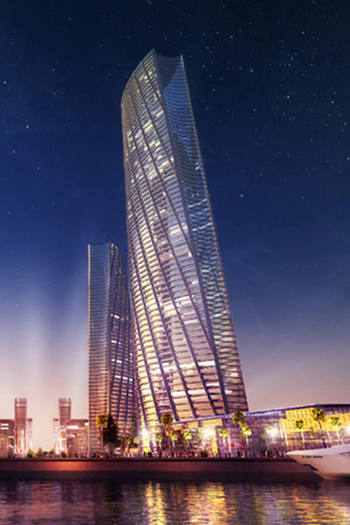 Hyundai Engineering and Construction, a major construction firm in South Korea, said on 2 January 2020 it has clinched a ₩613 billion (US$530 million) order to build Lusail Plaza Tower 4, as part of the Lusail Plaza office complex. The tower would be located in the planned city of Lusail, which is currently under construction in Qatar.

The company said it has received a letter of award from the Lusail Real Estate Development Company for the project to build a 70-story building, including five underground floors, in the Lusail City Financial District by the end of October 2022.

The city, located about 15 kilometers north of Doha, encompasses an area of 38 square kilometers, including four islands, and is planned to have multi-purpose residential, mixed-use, entertainment, and commercial districts. It is estimated that the population will reach up to 450,000.

For more on this story, go to the Yonhap News Agency.