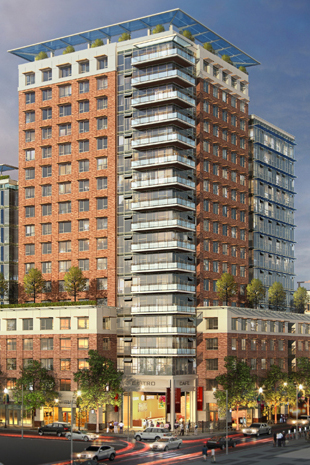 The project would have included nearly 300 units, 10,000 square feet (930 square meters) of retail space and a new movie theater while putting US$10 million into the city’s affordable housing fund.
07 January 2020, Berkeley, United States

The developer of an 18-story building in downtown Berkeley that faced early legal challenges from community members has unexpectedly scrapped its plans, officials said on 2 January 2020.

The project, at 2211 Harold Way, would have included nearly 300 units, 10,000 square feet (930 square meters) of retail space and a new movie theater while putting US$10 million into the city’s affordable housing fund. The site is also located a short walk from the Downtown Berkeley Bay Area Rapid Transit (BART) station.

City officials said they’re not sure why the developer pulled out, but that it “is related to cost.”

“What this means for the future of the site we don’t currently know,” said Paul Buddenhagen, the deputy city manager.

Hill Street Realty, a Los Angeles-based real estate company, submitted its application for a building permit in December 2019 and had to pay a nearly US$750,000 permit fee by 20 January 2020, Buddenhagen said.

When city officials asked the developer about the status of the fee, they were told that the project wouldn’t be moving forward, Buddenhagen said.

“I’m really sorry that needed housing isn’t going to go up,” said Councilwoman Sophie Hahn. “I know that the developer has had a lot of trouble pulling together whatever it is they needed to go forward.”

The Berkeley project was the company’s first venture in the San Francisco Bay Area and would have taken up a full city block in downtown.

Hahn said that the project has gone through many hurdles since receiving its approvals several years ago. The development drew opposition due to its height, lack of affordable units, and fears that it could block a view of the Golden Gate Bridge from the University of California, Berkeley’s Campanile tower.

In 2015, the city council approved plans for the new high-rise after a tumultuous process that involved multiple lawsuits filed by residents to stop the project. An Alameda County Superior Court judge in 2016 dismissed the legal challenges, which included objections to its environmental impact report.

“It’s been four years and the ball has been in their court to pull together the financing and move forward to do the project,” Hahn said.

Hahn said the developer owns the parcel, and it will be up to them if they want to sell it or submit a new project for consideration.

“It seems something particular about this project or this team that they weren’t able to get it built,” Hahn said.

“It’s too bad because there has been a lot of staff time and community time put in to try and get this project approved,” he added.

For more on this story, go to the San Francisco Chronicle.