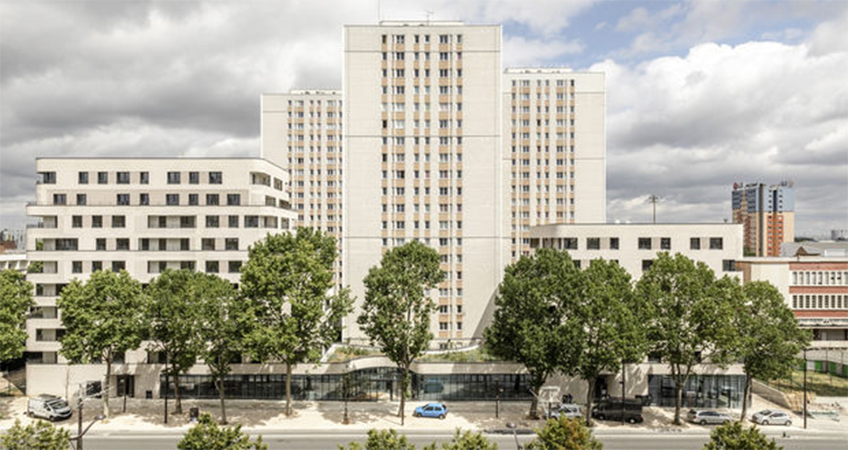 In July 2020, three years after obtaining the building permit, Ingrid Taillandier Architecture (Itar) delivered a 72-residential unit project located on the boulevard Ney in Paris to the CDC Habitat. "It is consistent with [the vision that was planned for it]" says Jacques Drieu La Rochelle, program director at CDC Habitat. An official inauguration for the project is planned for next September, 2021.

With a floor area of 5,200 square meters, stretching over 125 meters in length, the east and west ends are occupied by two residential buildings, at six and nine floors, respectively. A podium connects the nursery to shops on the ground floor. The project is adorned with bricks, in reference to the material characteristics of lower-income dwellings (HBM) which, like this section of Boulevard des Maréchaux, surround the capital. "Our concern about this site was to preserve the views from the towers of the Jean-Cocteau residence (built in the 1970s by the architect Jean Dubuisson and rehabilitated in 2010)," recalls Jacques Drieu La Rochelle. The jury, which included the tenants' association, found that the winning project did not overlook the existing architecture, but instead worked with it. "The architect Ingrid Taillandier explains that, "the [massing] naturally aligns with the staggered towers." The bevelled plans and stepped elevations of new buildings further reduce vis-à-vis CDC Habitat, owner of the complex, and is thus participating in the urban renewal of the Porte de Clignancourt district by using its available land. "We carry out a lot of feasibility studies on plots to be densified, but they are not always successful due to protests," says Ingrid Taillandier. "This example, therefore, represents success."

For more on this story, go to Le Moniteur.