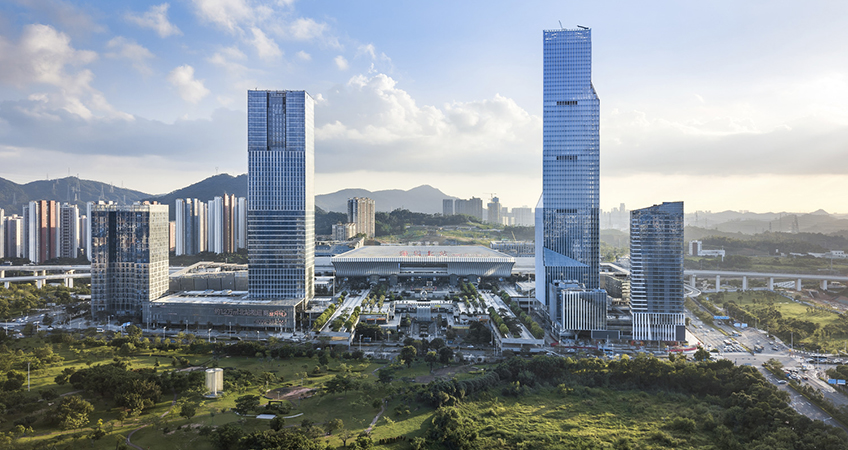 A new landmark on the Shenzhen skyline, a multi-functional high-rise complex, has emerged as the 258-meter Huide Tower as a part of the North Station Complex in Shenzhen. According to plans by the designer, HPP Architects, it’s to be completed at the end of 2019.

The new building structure, which is already shaping the skyline of Longhua District, was built by Shenzhen Metro Group and China Railway Group Limited. The complex serves as a transit-oriented development (TOD); a multi-functional and dense, mixed-use urban building block with offices and hotels within walking distance of the Shenzhen North Station rail hub. An additional 100-meter tower will serve as an apartment building with a 36-meter high common base zone for commercial use, and will be open to the public. The new building ensemble connects public spaces and the skygardens in the towers to form a vertical urban quarter.

For more on this story, go to HPP.