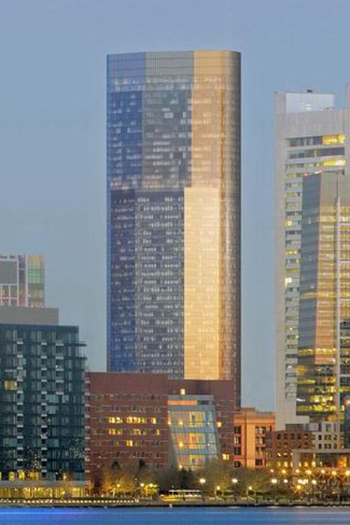 Indeed, the complications and costs involved in pulling off such an engineering feat mostly account for why the project hasn’t gone forward since it was approved by the city more than 13 years ago.

But that could soon change. The project’s developer has found new investors willing to finance the 51-story office-and-condo tower and is nailing down construction details with the Massachusetts Department of Transportation.

In what would mark a bold bet on Boston’s commercial real estate market, work could start before the end of 2019.

“This is another step forward for this project,” David Perry, senior managing director of the development company, Houston-based Hines, said in a statement. “We are excited to be at the point of completing the financing.”

Approval is still needed by the Boston Planning & Development Agency (BPDA) for financing by the Dutch pension fund manager APG Asset Management and the New York private investment firm Dune Real Estate Partners. The state Department of Transportation will also need to bless the investors and the complete engineering plans for what is likely to be one of the most expensive projects launched during Boston’s building boom.

Hines expects to spend four years building the tower, which will soar above the platform between South Station’s historic terminal and the rail lines, without interrupting commuter rail or Amtrak service. It would also build a new entrance to the complex on Atlantic Avenue, alongside the main building, and expand South Station’s adjacent bus depot.

The 1.1 million-square-foot (102,000-square-meter) structure is the first of three planned phases of a huge project to remake South Station. Plans also call for a 349-foot (106-meter) hotel or a residential building above the tracks and a 279-foot (85-meter) office building atop the bus depot.

Hines, which has hired the local construction giant Suffolk as the general contractor, wouldn’t divulge cost estimates, but a comparably sized office tower underway over the Government Center Garage will cost about $900 million, without the added engineering challenges of building atop a train station.

Hines, a global office developer, has built high-profile towers from Manhattan to Shanghai. It led the development of the 500 Boylston–222 Berkeley complex in the Back Bay in the 1980s. It has been working on the South Station project for more than 20 years.

The South Station project was conceived by the real estate arm of Tufts University in the early 1990s and approved by the BPDA in 2006. After falling dormant during the recession in the late 2000s, it was revived in 2016, when Hines signed a financing deal with the US arm of the Chinese builder Gemdale Properties and reconfigured its plan to devote the upper floors to condos.

But construction never started, and Gemdale eventually sold its interest in the project to APG and Dune. Terms have not been disclosed.

APG, which manages about $570 billion in Dutch pension funds, is one of a growing number of European and Canadian pension funds to invest in office projects in downtown Boston, drawn by the chance to hold long-term assets in a market that has a generally stable economy.

Pouring hundreds of millions of dollars into such a complex and risky project is a statement of confidence in Boston’s office market at a time of economic uncertainty, said Aaron Jodka, managing director of client services at the real estate firm Colliers.

“When you’re a developer, you have to look to the future. That’s the nature of the business,” Jodka said.

“This is a transformative project on arguably the most desirable transit location you can imagine in Boston.”

It’s also one of several huge office towers that would change the look of downtown’s skyline and add vast amounts of space to the city’s office market.

At 678 feet (207 meters), the South Station tower, designed by New Haven-based Pelli Clarke Pelli, would be taller than the nearby One Financial Center and the Federal Reserve Bank building, both of which are about 600 feet (183 meters) in height. It would be a bit shorter than the 691-foot (211-meter) Winthrop Center under construction on nearby on Federal Street.

As at Winthrop Center, work on the South Station tower would probably start without tenants being signed up to occupy it, an unusual move among Boston’s risk-averse office developers. It would also follow several other large office building projects in the downtown area, including Winthrop Center, One Congress, and the redeveloped One Post Office Square, that are still seeking major tenants.

The four-year construction timeline makes pre-leasing impractical, according to Perry, the Hines executive. But the developer and its new investors appear confident enough that they are willing to break ground now and hope the tenants come later.

Even if the economy sours in the next year or two, Jodka said, the project seems like a safe bet, especially because the location is likely to remain attractive.

“When you have a four-year construction cycle, you have the potential to live through a downturn and deliver the building when things are picking up again,” he said. “Or you sign tenants early and are insulated from that.”

For more on this story, go to The Boston Globe.