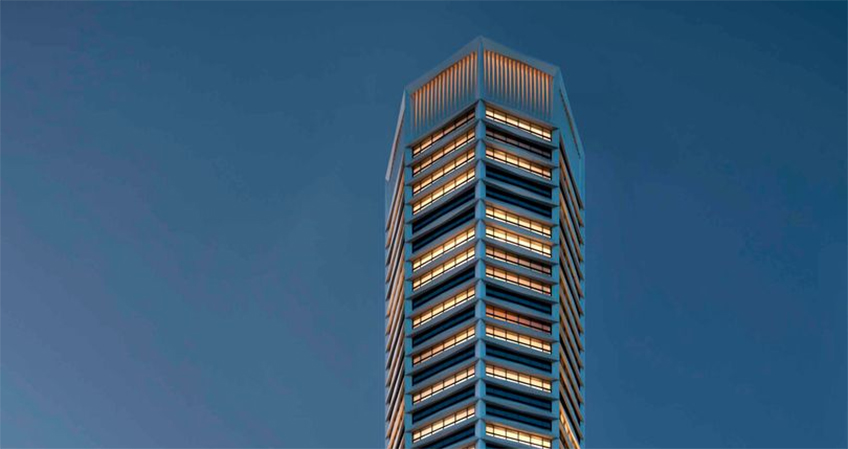 Plans to build what could be the “world’s first" purely octagonal residential tower in Birmingham have been unanimously approved.

Members of Birmingham City Council’s planning committee voted in favor of the plans from Paradise Circus Limited Partnership for Octagon, part of the Paradise development in the city centre.

Residents in each of the building’s 370 apartments will benefit from a 13-meter frontage with views over the city, and some eight percent of the apartments are set to be made affordable – a total of 30.

A report to councillors says the color of the building will appear to vary depending on light conditions and the angle of view – and the structure will have “subtle backlighting” at the top.

Following a consultation, the Ancient Monument Society (AMS) raised concerns about the building, stating it would be “inappropriate” given its proximity to the Jewellery Quarter Conservation Area and Colmore Row and Environs Conservation Area.

The report to councillors states: “The AMS objects to the application due to the significant impacts the proposed development would have on the setting of a number of important historic buildings, structures and public spaces, particularly those immediately adjoining the Paradise Circus development site, including the grade I-listed Birmingham Town Hall; grade I-Hall of Memory, grade II* Council House, City Museum and Council House Extension; grade II Edward VII Statue; and grade II Baskerville House.

“A 49-story building is entirely inappropriate for a site that borders two conservation areas and directly adjoins such a prominent group of important civic buildings.

“In order to preserve the special architectural and historic interest of the listed buildings and conservation areas, significant amendments are required to this application regarding the general scale and height of the proposed tower.”

But officers recommended the plans were approved, stating “the public benefits of the scheme demonstrably outweigh the less than substantial harm caused to the setting of nearby heritage assets."

“Our ambition for Octagon is to create a world class BtR [Build to Rent] apartment scheme for Birmingham and today is a major step forward to achieving this goal.

“After the completion of phase one of the development earlier this year, we are now moving ahead with a number of new buildings at Paradise, reflecting a massive vote of confidence in Birmingham and the regional economy’s recovery from the Covid pandemic.”

For more on this story, go to Birmingham Mail.