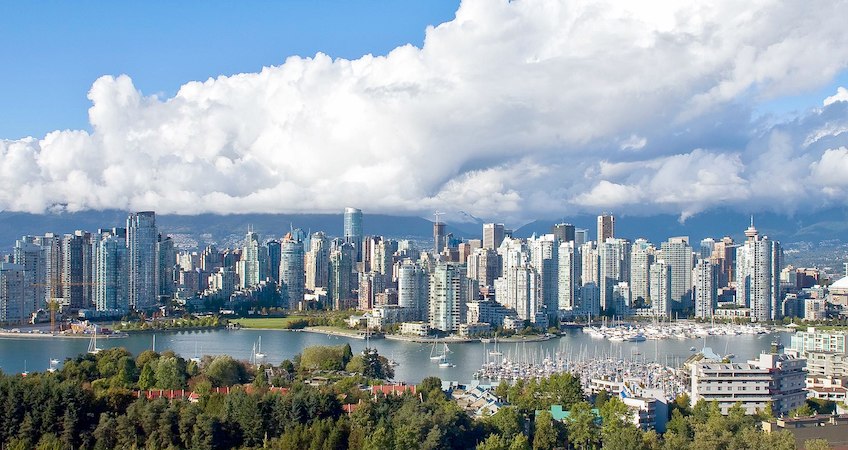 Two months after its inauguration, the new makeup of Vancouver City Council has approved its first new building resulting from a rezoning application.

On Monday evening, during the second public hearing of this term, City Council unanimously approved Pacific Northern Developments’ proposal to build a 48-story, mixed-tenure residential tower at 1063-1075 Barclay Street — the northeast corner of the intersection of Thurlow and Barclay Streets in downtown Vancouver’s West End neighborhood.

Within this building, there will be a total of 372 homes, including 285 condominium units and 87 social housing units.

The rezoning application was originally submitted in June 2020 and then slightly revised in August 2022 to set aside more social housing, with 27 percent of the building’s residential floor area dedicated to social housing — up from the 25 percent requirement under the City’s West End Plan for sites along the Burrard Street corridor. The increase in social housing is accomplished by converting the lowest floor of condominiums.

The social housing component also serves to replace the 40 existing rental homes found on the site.

The unit size mix is 192 one-bedroom units, 118 two-bedroom units, and 62 three-bedroom units. Nearly 50 percent of the units are sized for families (two or more bedrooms), exceeding the municipal requirements for such a project.

The project’s community amenity contribution (CACs) is an in-kind value of $59.4 million, incorporated into the building by providing inclusionary social housing — an average cost of about CA$680,000 per social housing unit. The municipal government will own the social housing floors and select the non-profit operator.