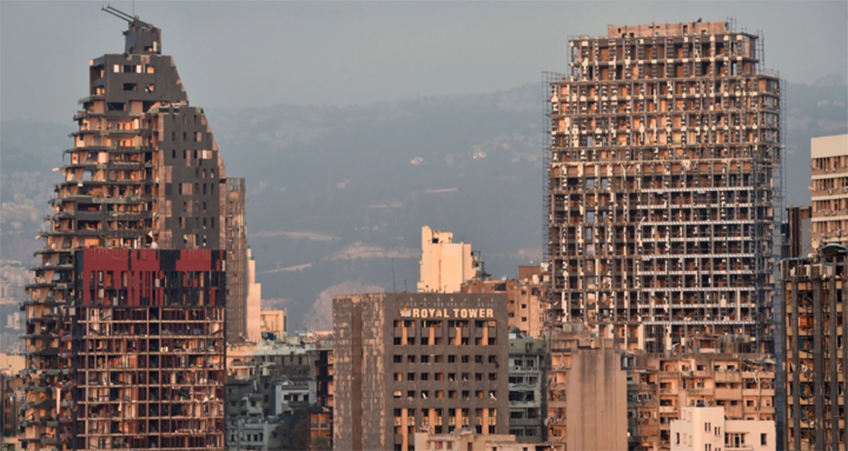 An explosion badly damaged the city of Beirut, killing over 100 and injuring thousands.
05 August 2020 | Beirut, Lebanon

Explosions erupted in Lebanon’s capital on Tuesday evening, 4 August, 2020, leveling buildings, damaging hospitals and shattering windows for miles. More than 4,000 people were injured and at least 100 people were killed.

A shock wave raced from the site of the blast, Beirut’s industrial waterfront, into the city’s densely populated residential neighborhoods and downtown shopping districts. Dozens of nearby buildings collapsed or were severely damaged, imagery from the aftermath showed.

The second of the two blasts could be heard in Cyprus, more than 100 miles away. Broken glass and debris could be seen two miles away, encompassing an area where more than 750,000 people live.

Officials said it appeared the blast was caused by the detonation of more than 2,700 tons (2,449 tonnes) of highly explosive ammonium nitrate that had been stored in a warehouse at the port since it was confiscated from a cargo ship in 2014.

The explosions erupted next to a tall building called the Beirut Port Silos, which could be seen partially collapsed amid the rubble of nearby buildings. Several fires burned across the port area.

Videos and photos taken from the scene showed a thick cloud of gray smoke hovering over the Mediterranean before an enormous burst of red and orange fumes exploded into the sky.