Robert Narracci joined Pelli Clarke & Partners in 1989. His work includes Gioia 22 in Milan, the American Airlines Robert L. Crandall Campus in Dallas, McKinney & Olive in Dallas, Porta Nuova Garibaldi master plan in Milan, ARIA Resort & Casino in Las Vegas, the Residences by Armani/Casa in Miami, and the Adrienne Arsht Center for the Performing Arts in Miami. Narracci has taught at Temple University and Yale University and been a guest critic at several universities. He helped found MakeHaven, New Haven's first independent, membership-supported maker space for artists, craftspeople, entrepreneurs, and tinkerers. He is also a sculptor and former board chair of ArtSpace in New Haven. 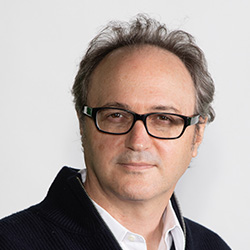