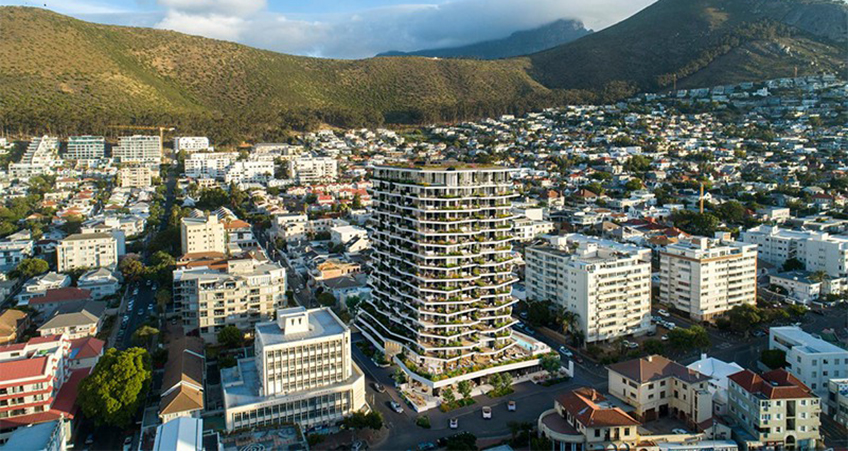 The Sea Point, Fresnaye and Bantry Bay Ratepayers’ Association is objecting to the Fulcrum development, after it was approved by the Municipal Planning Tribunal in March.

Social housing advocacy group Ndifuna Ukwazi submitted its appeal in late May: “The tribunal approved the development, but increased the maximum household income from ZAR18,000–ZAR20,000 (US$1,218–$1,354) a month. It also refused to include a spread of lower-income households that would qualify for inclusionary housing.”

The tribunal approved a land use application for a new high-rise in Sea Point by developer Berman Brothers Group.

The tribunal ordered that “inclusionary” housing be part of the development. The proposal put forward was to reserve 20 percent of the 140 flats for “affordable” housing. In effect, 28 new flats, each between 35 and 39 square meters, would be reserved for rental to households whose monthly income was less than ZAR20,000 (US$1,354).

The tribunal found in favor of Ndifuna Ukwazi’s submissions and approved the development application.

The Sea Point, Fresnaye and Bantry Bay Ratepayers’ Planning Committee said it would challenge the decision to approve the development application.

“The main reason for appeal is that the proposed 18-story building runs counter to the City’s own spatial planning, zoning, and urban management policies and frameworks. Inclusionary housing can and should be accommodated within the existing urban development and planning frameworks, and (we look) forward to supporting the City’s efforts in this regard, once a proper and well-considered inclusionary housing strategy and policy is in place,” the association said.

For more on this story, go to IOL.