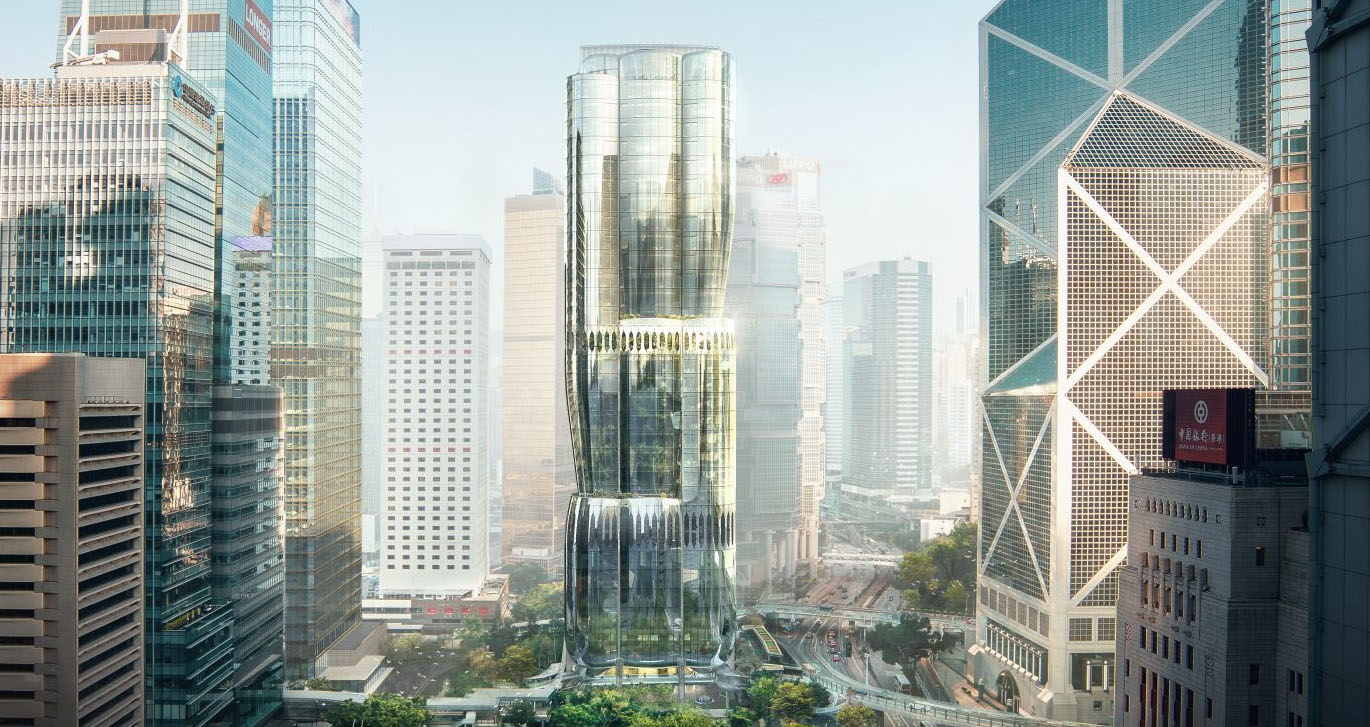 Zaha Hadid Architects (ZHA) has revealed its plans for a 190-meter-tall office tower on the world’s most expensive plot of land – a public car park in Hong Kong snapped up for a record-smashing £2.2 billion (US$2.8 billion).

The 36-story, 43,000 square meter project, which will feature a high-tensile steel structure, replaces the now-flattened 2 Murray Road multistory parking garage in the core of the city’s financial district,

Henderson Land Development, a property company owned by one of Hong Kong’s wealthiest families, bought the 2,880 square meter multistory in 2017 at auction after fending off eight rival bidders.

A short walking distance to both Central and Admiralty MTR metro stations, the site was the first commercial land to be sold by Hong Kong’s government in the prime central location since 1996.

Zaha Hadid, who died in 2016, rose to international prominence after winning a design competition for a Hong Kong project in 1983 – a leisure club called The Peak, which was never built.