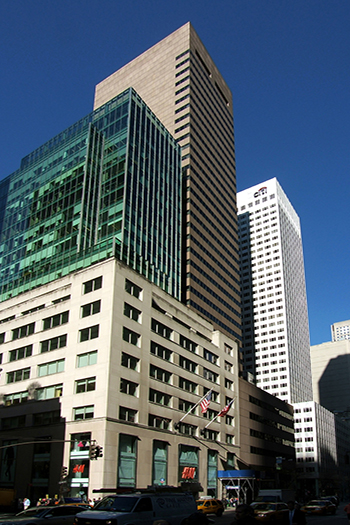 A federal appeals court in the United States has overturned a previous ruling by a lower court that had ordered the seizure of an Iran-linked skyscraper in New York City.

Some 60 percent of this $1 billion skyscraper belongs to the US-based entity Alavi Foundation, which has reportedly been accused of money laundering. The initial 2017 ruling for the seizure of the building charged that Bonyad Alavi violated US sanctions against Iran in 1995, as it was aware that a company named Asa, which owned 40 percent of the building, was an affiliate of Bank Melli Iran.

However, The Court of Appeal said on Friday August 9 that there were several flaws in the initial ruling that allowed the United States government to seize the building.

Adding that there is no shortcut in legal procedures, the judge ruled that “the case should be reviewed properly in a fair procedure.”

“Getting to any outcome requires a fair and procedurally adequate process, something that has been lacking in this case. There are no shortcuts in the rule of law,” Iran’s Press TV quoted Circuit Judge Richard Wesley as saying.

“There were several flaws in the initial ruling that allowed the United States government to seize the building.”

The New York Times described the ruling as “a defeat for the Department of Justice, which went to trial hoping to sell the 36-story building at 650 Fifth Avenue, perhaps for $1 billion, and distribute proceeds to victims of bombings and other attacks linked to Iran.”

After a similar ruling in 2016, The New York Times also called the ruling “a setback for the victims of attacks linked to Iran,” adding that the court “threw out a lower-court ruling that had upheld the government’s move to seize a landmark Manhattan building on charges that it was a front for Iran.”

The Prosecutor’s Office in New York had previously said that the Alavi Foundation and Asa Company were fronts for the Islamic Republic and had deposited some $40 million of income from the building to the accounts of Bank Melli Iran and the Iranian government.

The Alavi Foundation, formerly known as Pahlavi Foundation, was inaugurated in 1973 in Iran under Shah Mohammad Reza Pahlavi, but was confiscated by the revolutionary government after the 1979 Islamic Revolution.

The foundation is currently tasked with promoting Iranian and Islamic studies in the United States, however, it also lends financial assistance to schools and free clinics. The foundation currently operates under the aegis of Bonyad Mostazafan (Foundation for the Oppressed) which is one of a dozen financial organizations operating under the office of Iranian Supreme Leader Ayatollah Ali Khamenei.

For more on this story, go to Radio Farda.