CTBUH held its largest leaders meeting on record, with more than 150 attendees on the day before the start of the Core Program at the 2018 Middle East Conference. The meeting was split into three parts. The first section gave general updates on CTBUH staff, conferences and research initiatives, while the second was devoted to breakout meetings for each working group and committee. The third section reconvened all attendees in the same room, to hear updates on what each breakout group had achieved or resolved, and to partake in a general question-and-answer section.

The first section, led by CTBUH Chairman Steve Watts, Partner, alinea Consulting and CTBUH CEO Antony Wood. Watts relayed that several exciting discussions, including those at the Board of Trustees meeting the same day, and a facilitated team-building session undertaken in Chicago in May, had taken place, which promised to take the Council to the “next level” of development. He also reinforced the importance of increasing staff, including at the executive level, in helping the Council grow successfully.

The leaders then were introduced to John Jacobs, the new Chief Operating Officer (COO) of CTBUH. Jacobs’ role will be to strengthen the internal processes at CTBUH, freeing up CEO Antony Wood to spend more time on external affairs. Jacobs hails from the telecommunications industry, including research organizations, non-profit trade associations, and a United Nations agency. He noted the increasing influence of “smart” technology in the construction industry, and the convergence of the physical and digital worlds, which is expected to have an enormous impact on the tall building industry in the near future. He will be exploring many avenues for the Council’s growth, developing a new Strategic Plan in tandem with the Board of Trustees.

Watts then recognized the contributions of Tim Johnson, Design Partner, NBBJ, and Dennis Poon, Vice Chairman, Thornton Tomasetti, who are stepping down as Trustees. Poon, having served seven years, received a plaque onstage from Watts.

Wood then presented a preview of the 2019 Tall + Urban Innovation Conference in Shenzhen and the 2019 World Congress in Chicago, as well as an update on CTBUH staff growth and headquarters buildout, the state of research initiatives and release of several new CTBUH publications. 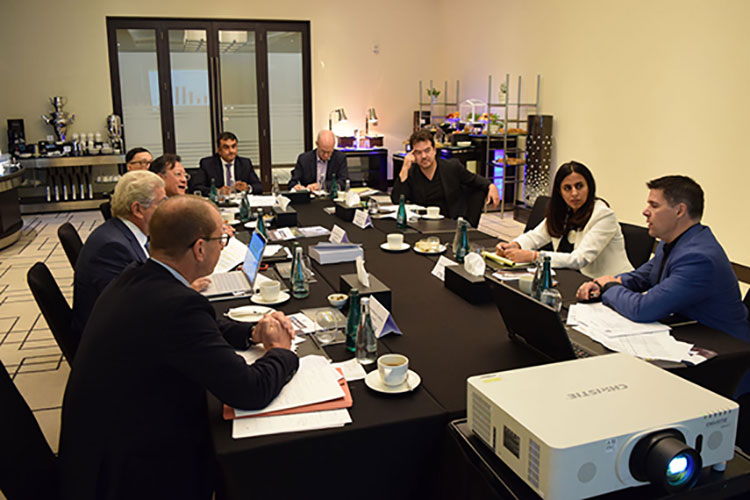 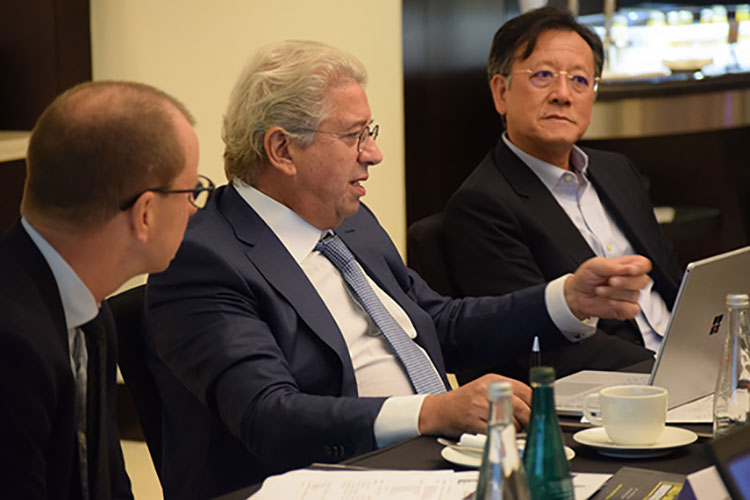 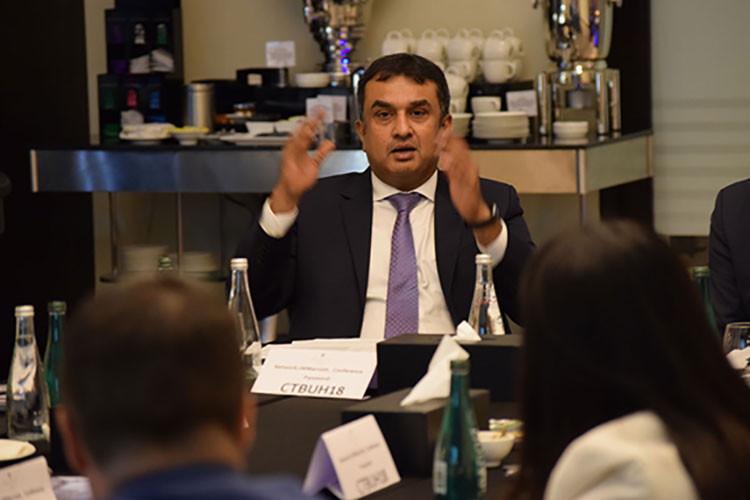 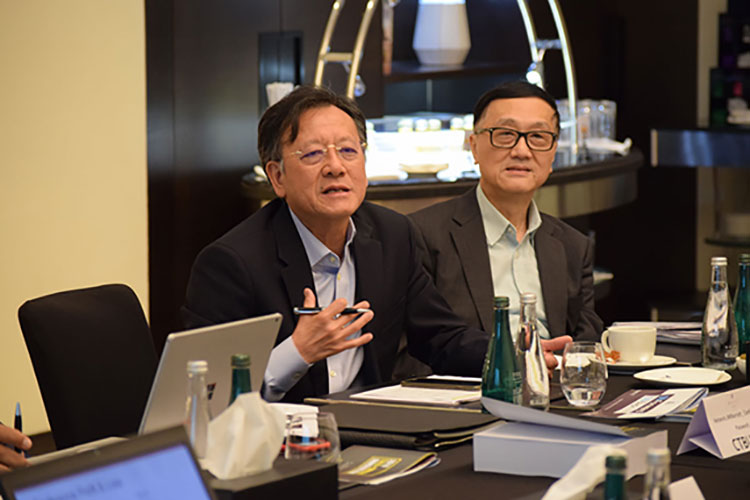