9/11 Was Supposed to End the Age of Skyscrapers

Instead, There are More Now than Ever 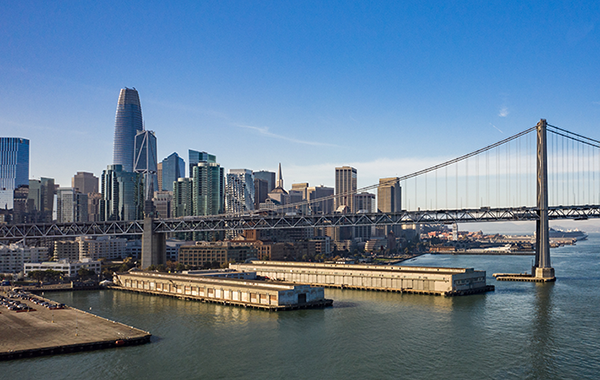 After the World Trade Center was destroyed by terrorists on September 11, 2001, there was no shortage of pundits and even developers who were skeptical that tall towers would again rise in American cities. Today, one look at San Francisco’s skyline shows how wrong those forecasts turned out to be.

In the 20 years since 9/11, 19 towers of 400 or more feet have been built here, extending south from Market Street to the Bay Bridge. The Transamerica Pyramid, clad in concrete and long the center of attention, is now off on the edge. The newcomers to the south form peaks and valleys, cloaked in glass as often as not.

Similar changes can be seen in large cities across the country—not just the proliferation of towers, but the way that some of them emphasize height or visual flash. “People would ask me ‘Is this the death of the skyscraper?’ ‘Will there ever be another skyscraper?’ ” recalled Carol Willis, director and curator of the Skyscraper Museum in New York. “But there are strong forces that cause towers to grow when there are good economic conditions. They’re weeds.”

But the initial reaction of many people—could anyone feel safe in a tower again?—faded quickly. Within five years, tall shafts were sprouting in American cities. Urban centers including San Francisco raised height limits to allow vertical residential neighborhoods of the sort once confined to New York and Chicago.

“We have to make our cities denser, and that means bringing the city into the sky,” said Anthony Wood, CEO of the Council on Tall Buildings and Urban Habitat, an international trade group that keeps a running database of towers that have a height of 150 meters (492 feet) or more (for the record, there are 25 in San Francisco). “The forces are clearly unstoppable.”

For more on this story, go to San Francisco Chronicle.