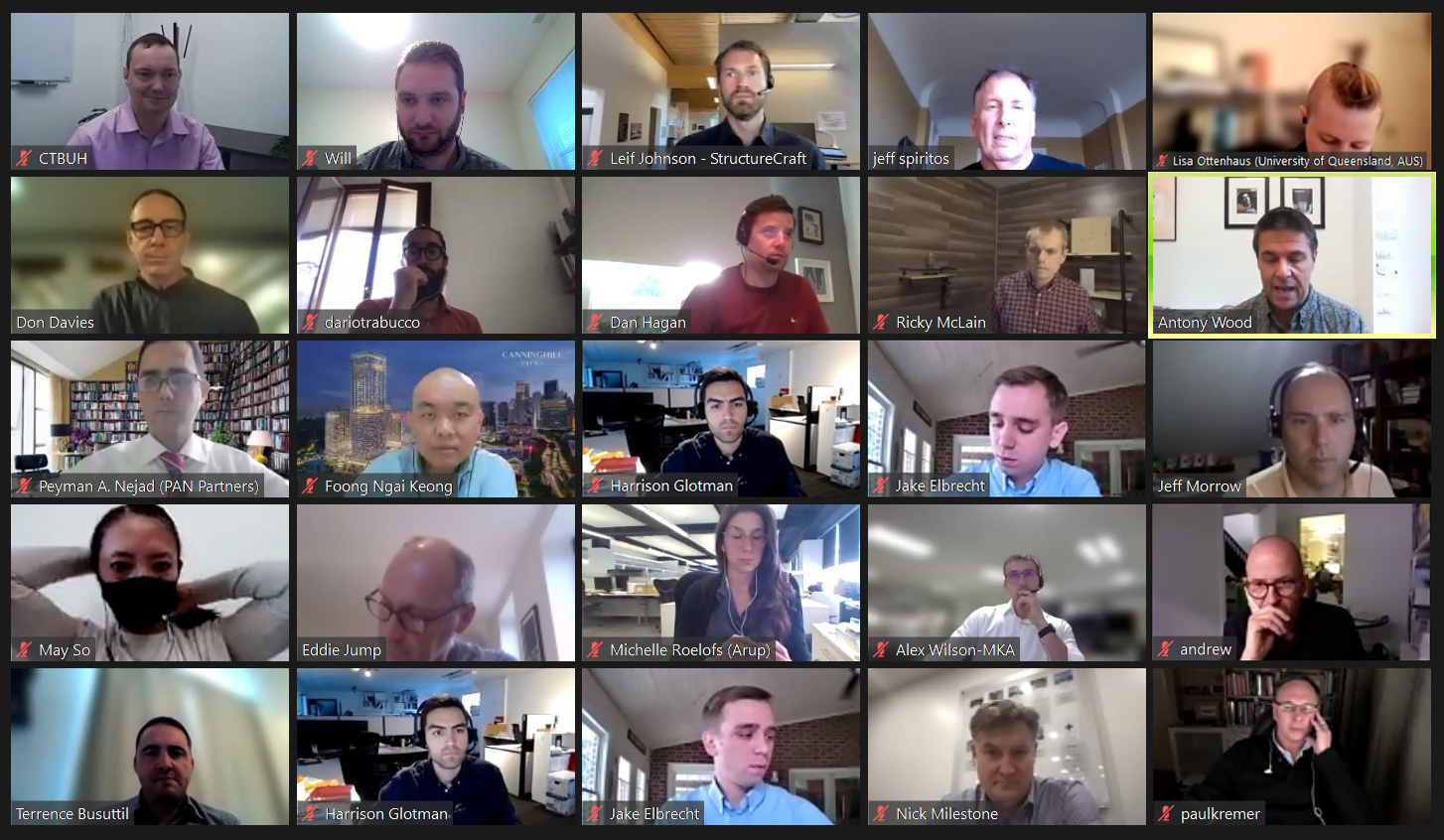 CTBUH held the initial kick-off meeting for the research project The Future Potential of Steel-Timber Hybrid Structures, kindly funded by constructsteel. View a recording of the full meeting here. Some 50+ professionals and academics from around the world participated in the call. CTBUH CEO Antony Wood set the scene for the research project, starting by introducing existing CTBUH mass timber initiatives.

Wood presented the impetus for conducting the research with the observation that, as mass timber becomes more broadly adopted in high-rise construction, it is clear that there will be a need to use other building materials to compliment and work in tandem with timber, particularly with regards to its ductility and light weight. He illustrated that many hybrid timber structures made use of concrete, due to its ubiquity, workability, sound attenuation properties, and conventional use in cellular, residential construction. But there is a tremendous opportunity for steel to be used in greater capacity beyond connectors, as is common today. The aim of the project is to identify use cases and perform life-cycle analyses (LCAs) on these cases, delivering numerous detailed examples of carbon emissions, recyclability, constructability and cost implications of using steel in hybrid action with mass timber.

Following the presentation, a number of participants floated questions and comments that are expected to prove useful during the course of the project, which concludes in June 2023.

Others argued that the research project needed to more carefully pinpoint its targets before any absolute declarations could be made.

“I haven't seen a building yet that didn't have a concrete foundation,” said Don Davies, President, Magnusson Klemencic Associates. “You’ve got to use the right materials in the right location.”

At the call’s conclusion, next steps were outlined. These included: