Virginia Bonicatto, graduated in architecture at the Facultad de Arquitectura y Urbanismo of the Universidad Nacional de La Plata where she got her PhD on the work ok Mario Palanti, 2015. Got a Master degree at UTDT on the skyscrapers in Buenos Aires in early 20th century, 2011. Currently, she concentrates on the metropolization of Buenos Aires, late 19th and early 20th century architecture. Is a researcher of CONICET at the HiTePAC Institute FAU-UNLP, where she Teaches History and Theory of Architecture. Awarded by the UNLP for scientific production and received a grant from the Getty Reseach Institute and CONICET 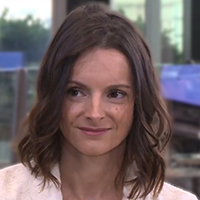