Since joining Pappageorge-Haymes in 2013, Evanich has been involved in such major Chicago projects as: Wyndham Grand Chicago Riverfront; the complex re-branding and renovation of the former Hotel 71, and Christopher House Charter School. Recent project involvement includes Wolf Point East, a 60-story residential tower in the highly visible setting where the north and south branches of the Chicago River converge. 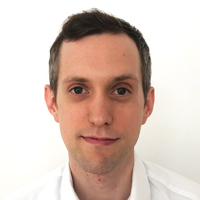