Matthias Roik earned his diploma at Ruhr-University Bochum in Germany and became an employee in the Technical Bureau for Bridge Construction at Thyssen Engineering. From 1994 to 1998, he was a scientific assistant at the Institute of Concrete Structures at Ruhr-University Bochum.
Following graduation, he worked as structural engineer in an engineering company. Since 2006 he has been an employee at Halfen GmbH, now at LEVIAT GmbH, the home of HALFEN. Roik is now Research & Development Manager for Masonry, responsible for façade support construction in projects worldwide, including high-rise buildings. Recent research work focused on optimizing the thermal conductivity of brickwork support and the development of fixings for façade elements and on modular buildings. 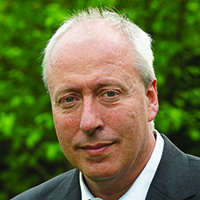