Karl-Heinz Bauer holds a master’s degree in mechanical engineering from the University of Karlsruhe (TU), Germany, and a degree from the MIT Sloan School of Management, Cambridge, Massachusetts, USA. He began his career in 1984 as a Product Development Engineer and held international functions at various companies until 2007. From 2007 to 2015, Karl-Heinz Bauer served as Chief Technology Officer with global responsibility at Honeywell Transportation Systems, Torrance, USA, and Rolle, Switzerland. He joined the Schindler Group in 2015 and was appointed as a member of the Group Executive Committee. 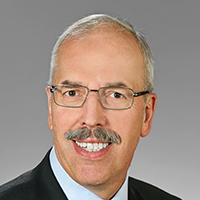