Born in 1946 in Japan, Hiroshi Ishibashi studied in US from 1964 to 1971. He worked for Bridgestone Corporation as chief industrial designer and lead corporate identity program in the 1980s. He later served as Statutory Auditor for Bridgestone from 1994 to 2012. Presently, he is President of Nagasaka Corporation, which owns and manages Museum Tower Kyobashi in Tokyo. He has also been President of Ishibashi Foundation since 2004, and has managed the Artizon Museum, formerly the Bridgestone Museum of Art, in Tokyo as Director since 2014. He oversees exhibitions of Japan’s most significant collection of French Impressionist art. 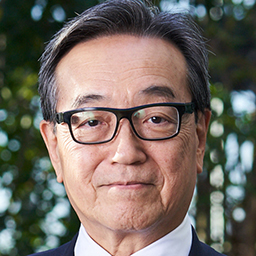