Andrew Ryan Gleeson is currently a Lecturer in Architecture at Iowa State University teaching graduate and undergraduate studios and a course on the History of American Cities. Andrew is a native of Ames, Iowa. He has a B.Arch from Iowa State University (2006) and an M. Arch. II from the Harvard GSD (2013). From 2006-2011 he worked at the office of Murphy/Jahn (now JAHN) in Chicago, and from 2013-2016 at the New York office of Foster + Partners. He has been published in the ACSA. His research is focused on Mies van der Rohe, aesthetic philosophy, film and historiography. 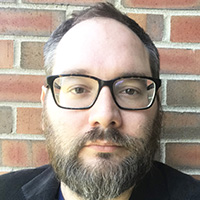