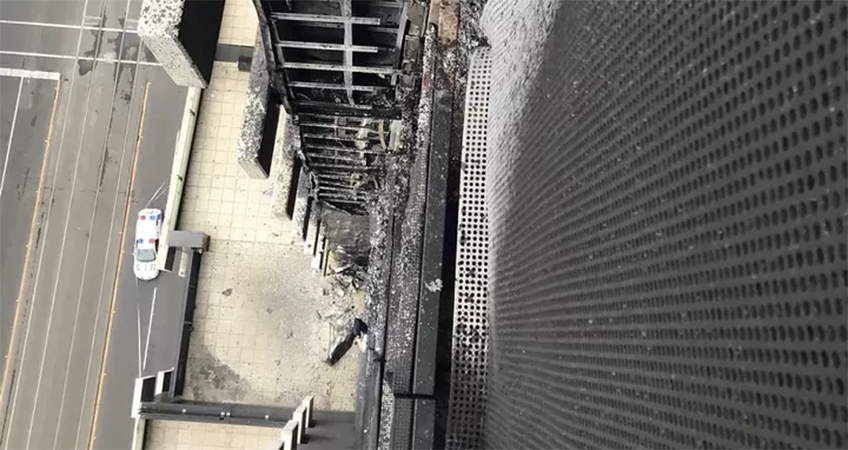 A plan to fix flammable cladding on tall buildings been fast-tracked in Victoria.
26 June 2020 Melbourne, Australia

The Victorian government has accelerated the AUD$600 million (US$411 million) plan to fix flammable cladding following multiple fires in Melbourne.

This adds to a number of fast-tracked announcements from the state government as a way to rekindle the economy following the impact of Covid-19, including the approval of four mega-projects along with AUD$1.2 billion (US$820 million) in “shovel-ready” buildings and developments.

The plan, originally designed to rectify up to 100 buildings per year was fast tracked to 400 in two years, sending the original builders back to the construction site faster.

The aim was to make Victorians safer by reducing the risk associated with combustible cladding on residential apartment buildings after a cigarette sparked a fire in the CBD last year, this came after Melbourne's LaCrosse building also caught alight in 2014 as well as the harrowing 2017 Grenfell disaster in west London.

More than 2,200 residential towers and care facilities have already been audited by the Victorian Building Authority who were looking at buildings constructed after March 1997 with with expanded polystyrene or aluminium composite panels with a polyethylene core.

In other parts of the country, Queensland building regulations were amended so owners would have to complete a combustible cladding checklist for any building approved after 1994 and NSW created a building register for accommodation more than two stories high.

Minister for planning Richard Wynne said they were fast-tracking the rectification of buildings with dangerous cladding to make them safer, sooner and create thousands of jobs.

“This is a chance for the original builders to become part of the solution and keep their workers employed during these challenging times,” Wynne said.

“Only reputable builders will be eligible for the accelerated program. Those found to have done the wrong thing will not be able to participate.”

Cladding Safety Victoria would work with a select group of reputable builders to rectify their projects at no-profit.

To get the payments after the project's completion, participating builders would have to pass rigorous government checks, including the absence of significant pending or past disciplinary action on their records.

In cases where builders were ineligible to participate the process the government would proceed with cost recovery, so building practitioners that did the wrong thing were financially liable.

Owners who did not want to work with the original builder do not have to participate in the fast-tracked program, however they would still have their buildings rectified by Cladding Safety Victoria.