US$185 Million Observatory is Latest Chicago Project Delayed by Coronavirus 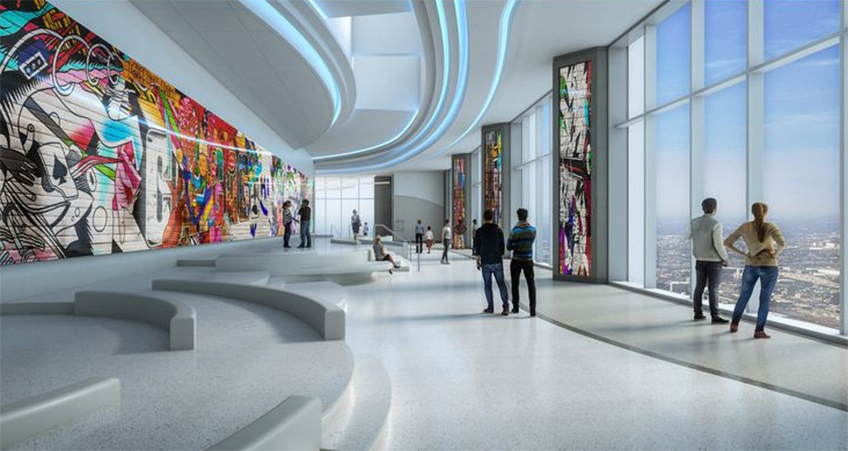 Plans to build an observatory with a thrill ride on top of the Aon Center have stalled due to the COVID-19 pandemic.
23 June 2020 | Chicago, United States

The Aon Center has paused plans to build an observatory with a thrill ride atop Chicago’s third-tallest skyscraper, and the US$185 million project will start almost a year behind schedule because of the coronavirus pandemic.

Property owner 601W Cos. and its partner on the project, tourist attraction operator Legends, plan to begin work on the observatory in the second quarter of 2021, said building general manager Matthew Amato.

The Tribune in February reported that construction of the long-discussed addition was set to start this fall, with plans to open in 2022.

Downtown Chicago’s economy and tourism have virtually shut down since March because of restrictions on gatherings in an effort to stop the spread of COVID-19.

Chicago on Friday moves to phase four of its reopening, which will include venues such as museums, the Lincoln Park Zoo, youth summer camps and indoor seating in restaurants. It’s unclear how long it might be until sporting events, concerts and other attractions such as observatories will be able to welcome back large crowds.

New York-based 601W has planned the revenue-generating observatory overlooking Millennium Park since it acquired the office tower for US$712 million in 2015. The developer estimates the observatory will create US$30 million to US$40 million in annual revenue for the building at 200 E. Randolph St.

Construction was designated an essential industry by Gov. J.B. Pritzker, and several large Chicago projects have continued virtually uninterrupted by the pandemic.

Real estate development and construction firms are closely watching the pandemic’s potential impact on a decade-plus construction boom in Chicago, which leaves in question several megadevelopments in advanced planning stages.

But some projects have been put on hold because of safety concerns and the hit to the economy. Delayed projects include Uber’s construction of a massive office space it has leased in the Old Post Office redevelopment—another project owned by 601W—and the 74-story, Helmut Jahn-designed condominium tower on South Michigan Avenue called 1000M.

The Aon Center observatory is halted in part to provide more time for a potential treatment or cure for the coronavirus, and to see if any aspects of the plan will need to be redesigned, Amato said.

“It involves putting a lot of people into elevators to get them to the observatory, which isn’t possible right now,” Amato said. “Because of the pandemic and the social distancing requirements that would be necessary for a venue such as that, we have to make sure before we have to make any changes that we would understand what they might be.”

Construction of the observatory will involve simultaneous projects to add an exterior glass elevator tower to the northwest side of the Aon Center, a 9,000-square-foot (836-square-meter) pavilion southeast of the tower where guests will enter, and a two-level observatory featuring a partial 83rd floor for entering the thrill ride.

That attraction, called the Sky Summit, will lift enclosed cabs filled with visitors over the building’s edge for 30 to 40 seconds.

When the observatory opens, Chicago will join New York as the only American city with three observatories. Chicago’s other observation decks are Skydeck Chicago in Willis Tower and 360 Chicago in the former John Hancock Center on North Michigan Avenue.

The Aon Center, previously known as the Standard Oil Building and the Amoco Building, opened in 1973.