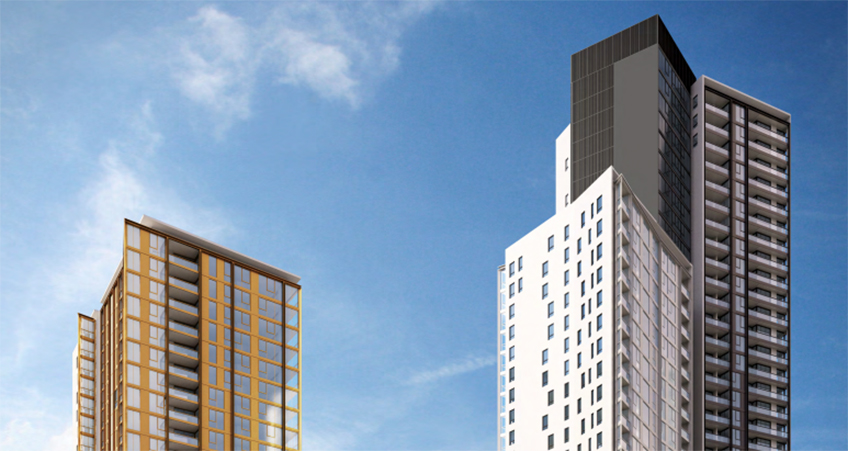 A socially-distanced topping out ceremony was held for the tower.
20 May 2020, Sydney, Australia

Mirvac has topped out its AUD$460 million (US$303 million) mixed-use Pavilions development in Sydney's Olympic Park in the same week as the ASX-listed developer won approval for Sydney's tallest residential tower.

Touted as Mirvac's largest-ever single stage residential project, the four-tower project also brings to fruition the developer's first foray into the build-to-rent sector, two years on from announcing the formation of a national build-to-rent “club” to combat housing unaffordability.

At the socially-distanced topping out at Sydney Olympic Park, Mirvac chief executive and managing director Susan Lloyd-Hurwitz joined NSW treasurer Dominic Perrottet in congratulating the construction team for achieving the milestone on time, despite having to adapt to physically distanced work practices due to Covid-19 restrictions.

Lloyd-Hurwitz said that in the early stages of the pandemic, while immediate steps were take protect employees, switching to remote work where possible, "you cannot build apartments from a home office."

“Our first priority is the safety of our staff and communities, and maintaining activity onsite ensured people had a job and an income,” Lloyd-Hurwitz said.

With building construction contributing around AUD$29 billion (US$19 billion) to the NSW economy every year, around AUD$15 billion (US$9 billion) of which is in the residential sector, Lloyd-Hurwitz said government support for keeping sites open would help pave the way for a construction-led economic contribution to the nation's Covid-19 recovery.

“We applaud the government for its recognition of the importance of the construction industry, and the ability for the industry to maintain activity while keeping workers safe.

"Mirvac stands ready to play our role in Australia’s economic recovery with a $22.4 billion (US$14.7 billion) future construction development pipeline across the residential, office and industrial sectors,” Lloyd-Hurwitz said.

The topping out culminated with the placing of a tree, not on the rooftop as per the ancient Scandinavian tradition, but in the ground, where it will form part of a 4,500-square-meter green space for residents of the 696 apartments, due for completion in mid-2020.

Hot on the heels of the approval of Mirvac's joint venture with Coombes Property Group to build Sydney's tallest residential building, the ceremony caps busy couple of months for the developer, including gaining approval for a $250 million ($165 million) Sydney logistics hub and lodging plans for a 143-apartment tower in central Brisbane.

Earlier this month, Mirvac reported a sharp change in sales performance across its retail and residential portfolio in its quarterly results, highlighting its robust balance sheet heading into the crisis after withdrawing its guidance earlier this year.

With NSW gradually winding back some restrictions on gatherings and focusing on economic recovery, and sales offices open once again, Lloyd-Hurwitz was upbeat about future prospects.

"Encouragingly, we are starting to see opportunities emerge beyond this current crisis. We are working closely with government to fast track a number of sites at various stages of the planning cycle, which will help Mirvac rebound as quickly as possible and support the wider economic recovery."

Last month, residents moved into the Verde building, one of two towers in the "Pavilions" project launched for sale in 2017.
For more on this story, go to The Urban Developer.