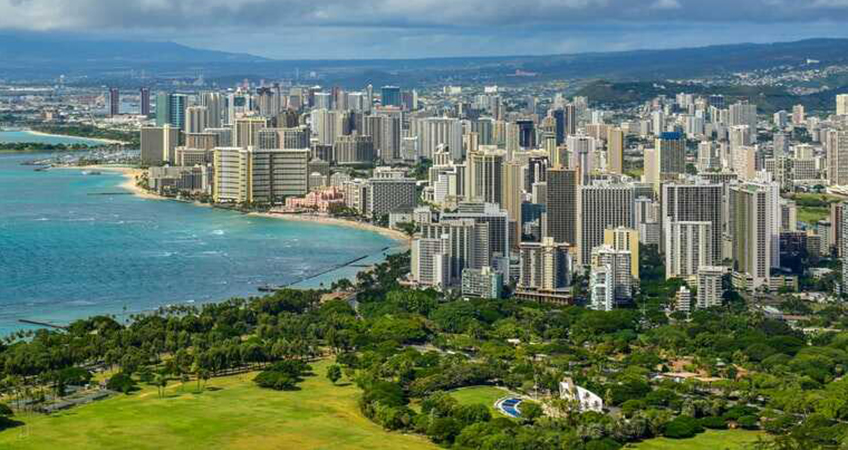 The approval allows each of the towers to rise a maximum of 400 feet (122 meters), while current zoning for the area allows buildings of up to 150 feet (46 meters).
25 March 2020 Honolulu, United States

The Honolulu City Council approved a twin-tower condominium project at 805-919 Keeaumoku Street that is expected to have nearly 1,000 residential units.
The council voted unanimously to give Keeaumoku Development LLC a special district permit and an Interim Planned Development-Transit permit on 19 March 2020.
The project is expected to be bounded by Keeaumoku, Liona, and Rycroft streets within the city.
The approval allows each of the towers to rise a maximum of 418 feet (127 meters), while current zoning for the area allows buildings of up to 150 feet (46 meters).
The buildings are expected to include 836 market-rate multifamily units and 128 affordable multifamily units. The project's affordable housing units will need to remain in that category for 30 years.
The project is also expected to include 88,000 square feet (8,175 square meters) of commercial space, a 12-story parking structure and a publicly accessible park and plaza.
Besides greater height and density, the developer will be allowed a modified height setback, transitional height setback, landscaping, and parking requirements for the underlying zoning district.
Proposed guidelines for the Ala Moana transit-oriented development zone on Kona Street would allow similar concessions. The project falls within the zone, the developer said.
The city Department of Planning and Permitting supported the project but opposed the city council’s decision to allow the housing units to be “bundled” with parking stalls when they are sold.
The department argued unsuccessfully that a bill before the council would require residential units at future projects like the Keeaumoku development to be sold without bundled stalls, meaning residents would need to park in common, unassigned stalls.
Not being allowed to attach a stall or stalls to a unit significantly lowers the market value and is “definitely something we couldn’t do from a financial perspective,” project representative Wyatt Matsubara said.
For more on this story, go to the Honolulu Star-Advertiser.