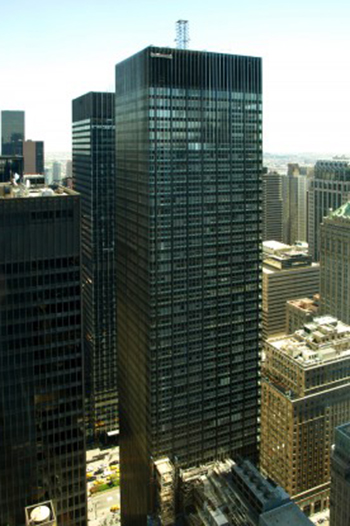 Anthony Vargas is taking no chances with the novel coronavirus.

To prove it, the 41-year-old New York City construction worker opens the front door of his truck where tossed in next to his set of Milwaukee tools are two bottles of CVS hand sanitizer, four face masks, two packs of Purell wipes and, most importantly, a 100-ml bottle of homemade sanitizer concocted out of alcohol and aloe by his mother who, he says, doesn’t trust the CVS (or any other) store brand.

The Purell packs come out first each morning when he arrives at Hudson Yards on the west side of Manhattan at 6 a.m. and slides into the front seat of the truck his employer provides for him. On Tuesday, it was a white Chevy flatbed. He goes through about two dozen wipes, he figures, as he meticulously cleans the interior down before loading the truck up with material to transport to construction sites across the city that were deemed “essential” during the lockdown.

He recently added a new stop to his route: 270 Park Avenue, the future site of JPMorgan Chase & Co.’s world headquarters. On day two of the state’s Phase One reopening of the New York City economy, he dropped off a few metal panel doors, a couple screw guns and some other supplies to a construction crew that, at times, seemed to be almost outnumbered by the ever-present team of scowling security guards.

In the background, there was scaffolding all around the old office tower, which was being demolished floor by floor to make way for the new House of Dimon.

Completion is still years away, but the ramping up of construction on high-rise office towers like JPMorgan’s — which will be one of the largest in Manhattan, rise some 70 floors and be capable of housing roughly 15,000 employees — comes at what suddenly feels like an odd time. The pandemic has forced corporate America to rethink whether its office workers will ever come back in the same numbers, crammed into elevators and sitting shoulder-to-shoulder in open-plan workspaces. JPMorgan itself expects to keep its offices half full at the most for the “foreseeable future.”

At 270 Park, work actually never stopped completely during the lockdown, not even during the recent mass protests. (The bank had an exemption as an essential business because a new subway connection relies on the project’s completion). Yet despite the familiar din of engines, cranes and jackhammers, construction workers say the pace is still far from normal. Many who were let go during the lockdown have yet to be called back.

Reminders of the coronavirus are everywhere. Temperatures are checked. Construction tools should be carried so two people are always touching different sides. Guidance given about wearing masks. At least a dozen signs are posted near the site’s entrance.

Across the street, Mohamed Elhadi, a construction worker at 277 Park Avenue, lit up as he ran down the names of the people he saw for the first time in weeks on Monday. Elhadi turns 65 this month and makes $40 an hour as a hard hat. He says the pandemic hit his finances hard.

“It’s about money — but not only for the city but for regular guys like me,” Elhadi says as he lights a Marlboro during lunch break. “Am I scared of getting sick? No, everything is in the hands of God. But I depend on my salary. I have two daughters to feed.”

A block over, near the corner of Madison Avenue and 47th Street, Bernaldo Carranza was frying chicken on a grill. It’s been two weeks since he reopened Streats, his food truck.

So far this week, business has picked up a little but is still down roughly 70 percent from pre-Covid levels. He sells a cup of joe for a dollar — a bargain, he says, compared with the $1.50 at McDonald’s down the street — and bagels for $2. His usuals are the construction workers and JPMorgan employees.

But he hasn’t seen many of the banker types back yet, and the hard hats are too cash-strapped in the crisis to spend much.

“It’s usually a toast with chicken and coffee — all under $8,” said Carranza, who lives in Queens. “It’s been tough.”