Suburban Mall to be Transformed in New Vancouver Regeneration Scheme 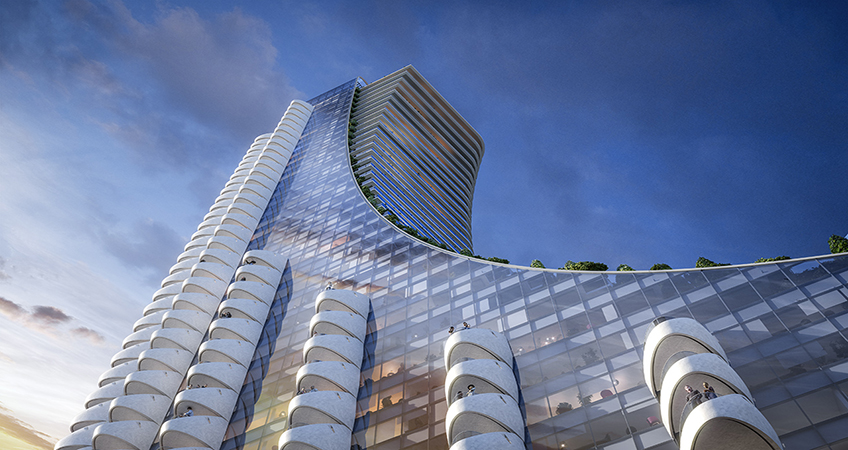 The Development Permit Board is expected to decide on the future of the project's requested permits by the end of November.
15 August 2019 | Vancouver, Canada

Henriquez Partners Architects have filed a development application for a five-story civic center, a 22-story non-market-housing building, and a portion of a nine-acre park—all of which are part of the massive Oakridge Centre Redevelopment.

QuadReal and Westbank are developing partners in the plans for the 28-acre (11.3 hectare) mall site.

The Development Permit Board is expected to decide on the future of the projects requested permits by 25 November.

Plans for several other buildings have already been authorized.

The city anticipates nine development permits in total. The remaining six permits are expected to be for alterations to the existing office building at the corner of West 41st and Cambie Street, a new mall entrance alongside a portion of the future transit plaza, the remainders of the transit plaza at the corner of West 41st and Cambie Street, buildings 13 and 14, and the local civic center (building 1). The civic center building is part of the most recent application, which will include a fitness center, library, daycare facility, 55-plus seniors center, a youth services hub, performance space, artist-in-residence studios, and associated ancillary cultural and recreational spaces.

“In all, there will be about 2,000 market-rate condo units in the Oakridge Redevelopment.”

The 22-story tower (building 2) will feature 187 non-market social housing units. Those units are among a total of 290 City of Vancouver-owned, below-market rental housing units the developer is obligated to include in the redevelopment. A future building—building 9—will feature a balance of the unit types. The developer is also obligated to include 290 secured market rental units in the project.

The City had previously said that it was trying to include a portion of units at rents set at the shelter rate of Provincial Income Assistance, but the extent to which shelter-rate units can be delivered will depend upon funding from other sources, such as provincial rent supplements.

For more on this story, go to Vancouver is Awesome.