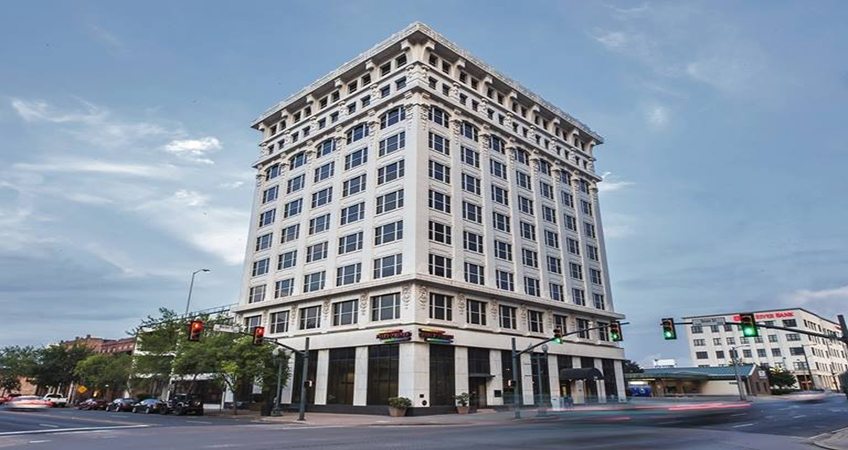 The neo-classical building was built with steel and previously housed several offices on the top floors.
11 July 2019 Shreveport, United States

When the Commercial National Bank was built in 1910, it was the first skyscraper built in Shreveport.

Peter Youree, president of the Commercial National Bank, directed the construction of the 10-story bank building. He is the same person that Youree Drive is named after and who built the historic Washington Youree Hotel, which no longer exists.

The neo-classical building, built with steel, housed several offices on the top floors.

When ViaNova Development bought the building in 2017, plans for redevelopment quickly arose. The development company has a long history of revitalizing properties of historic significance for new use.

“The architecture is not something you find any more.”

“I love the building,” said The Standard 509 Property Manager Wesley Fulfer. “The architecture is not something you find any more.”

It took two years, but there are now 72 apartments that are being filled in the newly named building. The first floor has an open commercial floor plan that will be ready to adapt to the individual needs of businesses. The building still has the original bank vaults with circle doors, maintaining the historical aesthetic of the design.

“Downtown loves the additional residential units. More people increase the feeling of vibrancy, restaurant, and retail traffic—we’re the hub of business, government, and arts, and we’re well on our way toward being a neighborhood, too,” said Shreveport Downtown Development Authority Executive Director Liz Swaine.

For more on this story, go to Shreveport Times.