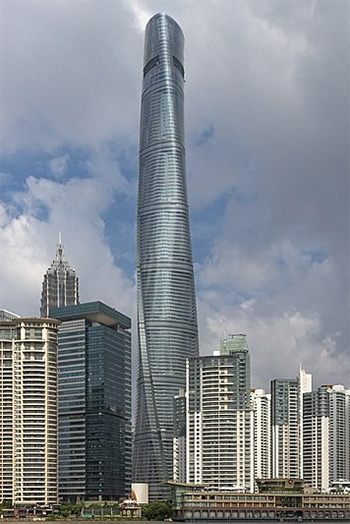 Videos were posted of a water issue that occurred in China's tallest building.
10 July 2020 | Shanghai, China

Videos surfaced on Monday 6 July, 2020 after tenants from the 9th to the 60th floors of Shanghai Tower, the tallest building in China, found themselves drenched with leaking water.

According to local Chinese media reports, the leaks inside the tower started on Monday 6 July, 2020.

On its official Weibo page, Shanghai Tower stated that the water leaks were caused by an equipment failure within the building. It claimed that after the failure occurred, the building staff immediately began emergency repairs.

The tower stated that the problem has been fixed, but in order to ensure the safety of its operations, a comprehensive inspection will be carried out on equipment on the floor where the leak originated. It stated that for the sake of safety, some elevators were shut down temporarily, which affected operations for some tenants.

Shanghai Tower is 128 stories tall and climbs to a height of 632 meters, making it the tallest building in China and the second-tallest in the world, behind only the 828-meter tall Burj Khalifa. The building cost 14.8 billion Chinese yuan (US$2.1 billion) to build and was completed in 2015.

For more on this story, go to Taiwan News.