Salford Quays' Skyline Could Be Transformed in 1,300 Home Plans 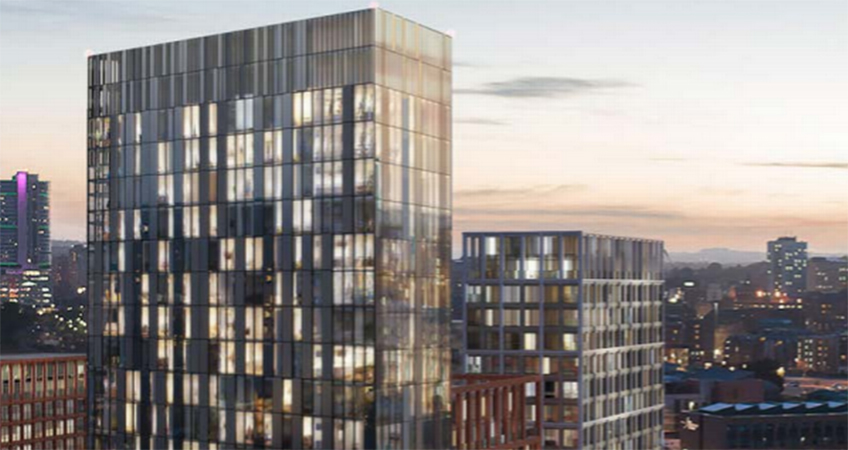 More than 1,300 new homes could be built in the heart of Salford Quays - including a 41-story tower which would be the tallest in MediaCity.

Salford council has already granted outline permission for the development of up to six buildings on Michigan Avenue, near the Broadway Metrolink stop.

The buildings will be surrounded by new open spaces, including a central courtyard, private gardens and an open 'square' linking the development to the tram stop.

In a statement submitted, the developers say the scheme will boost the city’s housing offer while also generating significant footfall in Salford Quays.

“This will not only transform the MediaCityUK and Salford Quays skyline but deliver a new place with a strong sense of identity as a new residential quarter,” they add.

"There is a strategic opportunity to bring forward this site for development in order to stimulate a catalytic effect and inform the future success and growth of MediaCityUK as a flagship scheme for regeneration."

The development will be completed in phases starting with a 31-story tower with 366 apartments, and nine townhouses.

A total of 362 cycle parking spaces would be provided, but there will only be enough room for 20 cars to park.

The site, which covers just under an acre of vacant brownfield land, backs onto another X1 and Vermont development, X1 Media City, which comprises four 26-story residential towers.

Salford planning officers, writing in a report to the council’s planning committee, said: “The development would provide a high quality built form and landscaping and overall it is considered that the scheme will have a positive impact on the growth and regeneration of Salford Quays.”

Councillors will consider the application on Thursday 2 July 2020.