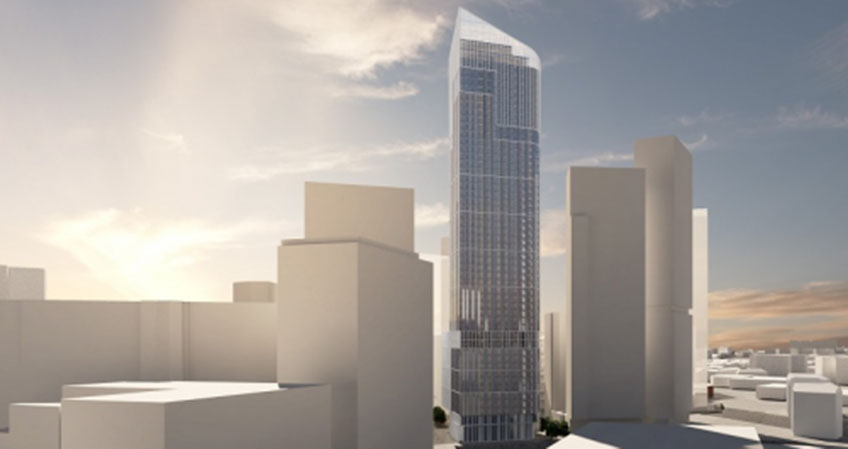 Plans for a new 55-story skyscraper in Salford have been made public.
04 September 2019 Salford, United Kingdom

Plans for a new 55-story skyscraper in Salford have been made public. Developers want to build the skyscraper on an existing car park on New Bridge Street.

The scheme is being called One Heritage, and a public consultation on the plans is being carried out by the developers.

The developer behind the scheme is One Heritage Property Developments, whose chief executive is Peter Cheung.

The new building would be one of the tallest in Greater Manchester, second only to Renaker’s South Tower at the Deansgate Square development.

Consultants Euan Kellie Property Solutions is advising on the planning application, and the architect is OMI.

Nick Berry, from OMI, said: “We have worked closely with Salford City Council to create a building that not only ties in with Salford’s aspirations for the area, but will make a significant contribution to the skyline of this emerging quarter of the city.”

For more on this story go to The Business Desk.