Plans Unveiled for 46-Story Skyscraper with Sky Gardens in Leeds 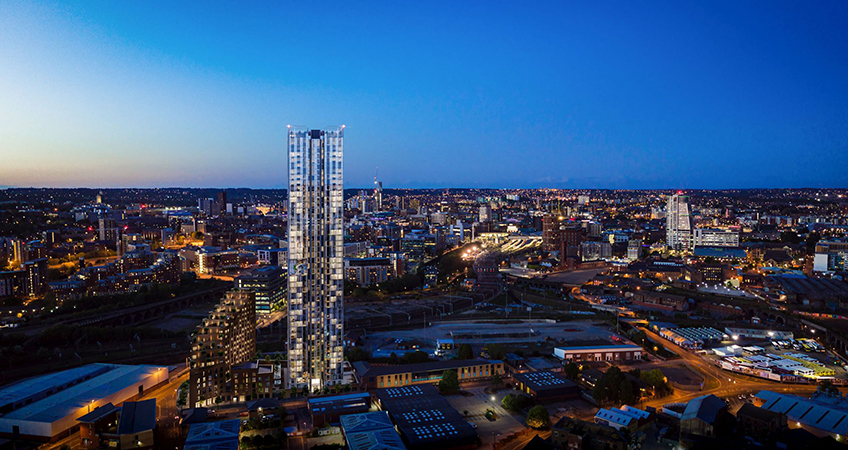 The 46-story skyscraper would have triple-height sky gardens and would be built on the junction of Whitehall Road and Springwell Road, Holbeck.
28 May 2020 Leeds, United Kingdom

Detailed proposals have been submitted for a huge new skyscraper in Leeds which would become among the tallest buildings anywhere in Yorkshire if it gets approval.
The plans for the Springwell Gardens development reveal how the 46-story building would tower above the rest of Leeds city centre, reaching 142 meters into the sky. It would include a total of 604 one-, two- and three-bedroom apartments if planning permission is granted.

Developers CityLife, supported by ID Planning and Nick Brown Architects, have handed over extensive plans to the council, which they hope to build on the junction of Whitehall Road and Springwell Road, Holbeck.
A £100 million (US$123 million) apartment building in Sheffield is on course to become Yorkshire's tallest building after plans were approved earlier this year - but the new Leeds skyscraper would be far taller than that development.

On either side of the new Leeds skyscraper would be two indoor sky gardens, offering incredible views over the city center and beyond.
The planning application states: "The development would comprise of a tower measuring 46 stories (142 meters high) plus a basement level and once completed, would be the tallest residential building in Yorkshire.

Two Springwell Gardens will feature two indoor sky gardens.
"High-quality garden amenity space would be provided for residents through the provision of two triple-height sky gardens, at levels 21 and 33, providing widespread and sheltered views across Leeds and the wider region beyond."

Some apartments at the very top of the building will also have private landscaped roof terraces.
The building would form the second stage of the developer's plans for the area and sit directly next to One Springwell Gardens, which is due to be completed within the next two years.
"The project is an opportunity to create a significant landmark development for Holbeck Urban Village and a connection with the planning approved One Springwell Gardens scheme," says the planning application.

The plans include a new access lift from Bishopgate Street up to New Station Street and Leeds train station's main entrance
Businesses on Greek Street will be urged to embrace their outdoor space, much like the café scene in Paris
The Connecting Leeds plans include an expanded pedestrianized City Square.
The plans to build on the site of Cartwright House are the latest proposed developments as part of the South Bank regeneration scheme.

A number of huge buildings are currently in the pipeline on swathes of land to the south of the the River Aire as part of the massive project which aims to double the size of Leeds city center.

A new city-center park, a state-of-the-art HS2 train station and dozens of new housing developments are all likely in the coming years.

For more on this story, go to Leeds Live.