Plans for Car Company Headquarters Tower Might Change in Seoul 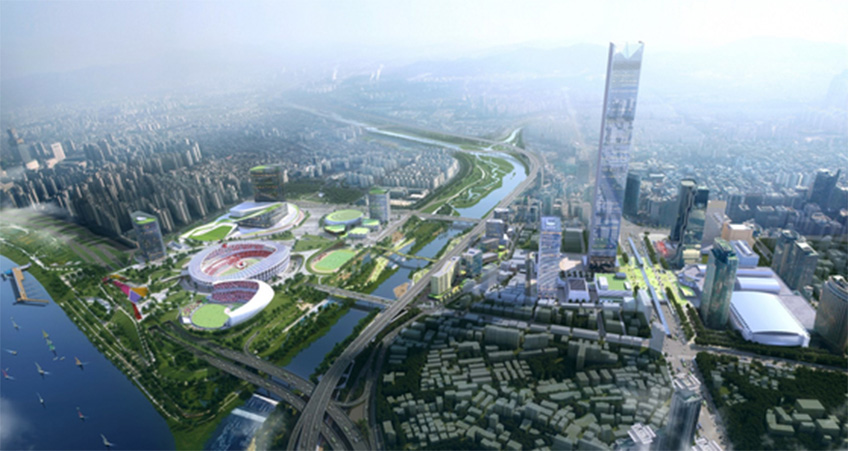 The Global Business Center in Seoul is currently planned to be 569 meters tall, but these plans may change to create two or more towers instead.
21 December 2020 | Seoul, South Korea

According to the district office, the car company has made a request to adjust the design of the Global Business Center (GBC) in Samseong-dong, southern Seoul to the city government. It allegedly wants to build two or three 70-story structures rather than the 105-story, 569-meter (1,867-foot) tower originally envisioned. The adjustment was made to reduce costs, the local government said.

If the plan is changed, it is likely the GBC will be less than 555 meters, the height of Korea’s tallest building, Lotte World Tower.

In 2014, the GBC site was purchased by Hyundai Motor, Hyundai Mobis and Kia Motors for ₩10.5 trillion ($9.5 billion), three times the appraised value of the land. In November 2019, the Seoul Metropolitan Government approved the company’s request to begin the construction. Ground was broken in May 2020, but construction has not yet begun.

The building is set to be completed by 2026 and will be funded by Hyundai Motor and a group of undisclosed investors.

Hyundai Motor insists that plans have not been changed, while local news reports claim that the Seoul Metropolitan Government has agreed to revised plans.

Gangnam District is hopeful, as an 11-football-fields-sized dirt lot sits idle in the most valuable part of town.

“Gangnam District and the district’s people strongly request Hyundai Motor Group to pursue the GBC project as it was originally planned.”

For more on this story, go to Daum Finance.