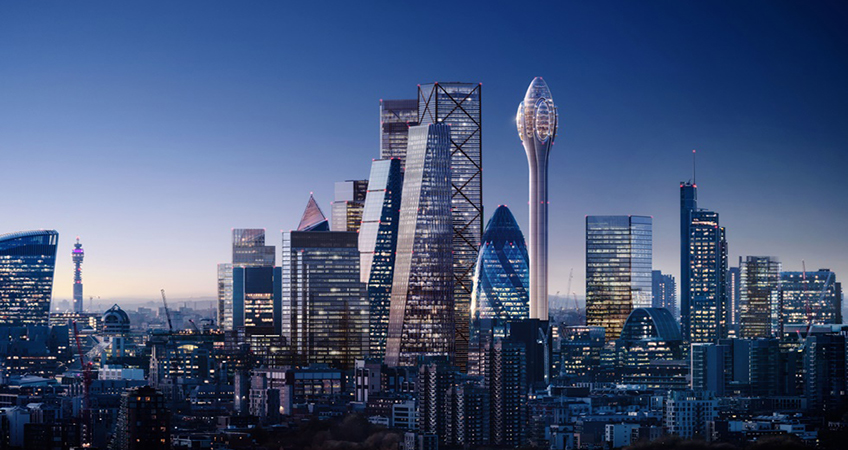 Overturning the City of London’s recent approval for the proposed skyscraper next to The Gherkin, Khan has said he had a number of major worries about the project, including the building design.

The report criticized the structure for being “a vertical solid shaft” that ended abruptly. The mayor was particularly critical of the spaces around its base.

A spokesperson said: “The mayor has a number of serious concerns with this application and, having studied it in detail, has refused permission for a scheme that he believes would result in very limited public benefit… and impact views of the nearby Tower of London World Heritage Site.”

His comments about the scheme at 20 Bury Street in London’s Square Mile echo those from Historic England and Historic Royal Palaces, which had heavily opposed the proposal. Both had objected to its impact on the views of the Tower of London, as did the Greater London Authority, which said it had significant concerns about its design.

Despite large opposition, in April, the City of London’s planning and transportation committee voted 18 to seven in favor of the project.

In addition to its report on the Tulip, the GLA has also published a critical report from its own London Review Panel, drawn from the Mayor’s Design Advocates. The reviewers also said that a building of this size and impact should be carbon neutral and that the education strategy should be more ambitious.

It is unknown whether the scheme’s developer, banking giant J Safra Group, which owns the neighboring Gherkin, will appeal against the mayor’s decision.

However, a spokesperson for the Tulip Project team has said: “we are disappointed by the mayor of London’s decision to direct refusal of planning permission, particularly as The Tulip will generate immediate and longer-term socio-economic benefits to London and the UK as a whole. We will now take time to consider potential next steps for The Tulip Project.”