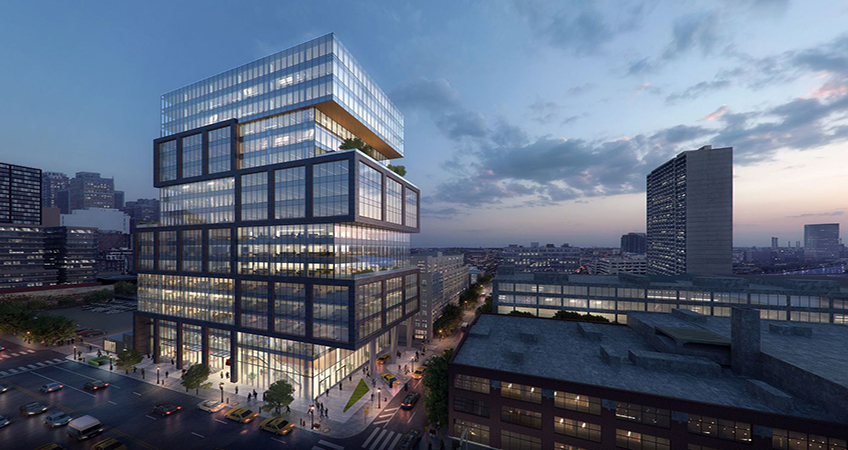 Developer Parkway Corp. is getting positive early feedback from members of a Center City neighborhood group whose support it could need to build a proposed headquarters tower at 23rd and Market Streets in Philadelphia for law firm Morgan, Lewis & Bockius LLP.

Janice Woodcock, who co-chairs a task force under the Center City Residents Association that met with the developer in June 2019, said that her committee is drafting a letter to Parkway indicating that it is “encouraged by the general outlook” of the proposal.

Morgan Lewis confirmed in May 2019 that it is negotiating an agreement with Parkway to anchor the developer’s planned 18-story tower, which would be built to occupy most of the southern side of the 2200 block of Market Street at a cost of US$175.9 million. The law firm is currently located at 1701 Market St.

“Developer Parkway Corp. is getting positive early feedback from members of a Center City neighborhood group whose support it could need to build a proposed headquarters tower.”

Architectural renderings of Parkway’s proposed 2222 Market St. tower by design firm Gensler show a glass-and-brick building divided into six horizontal sections offset over one another to form terraces and overhangs.

Woodstock said she expects Parkway to seek the CCRA’s support for zoning relief needed to permit the office project, but that members of her task force appeared to prefer the scheme over a hypothetical proposal for a residential tower at the site that would need no land-use exceptions.

“The direction was very positive,” she said of the proposal, although the group was left with unanswered questions concerning access to the underground garage, the building’s sidewalk-level appearance, hours of operation for ground-floor retail tenants, and other factors.

Parkway, which is also working on a 15-story office tower proposal for an undisclosed tenant on property that it owns at 20th and Arch Streets, declined to comment on its plans.

For more on this story, go to The Philadelphia Inquirer.