One Sydney Hotel Tower Gets Green Light, One is Put on Hold 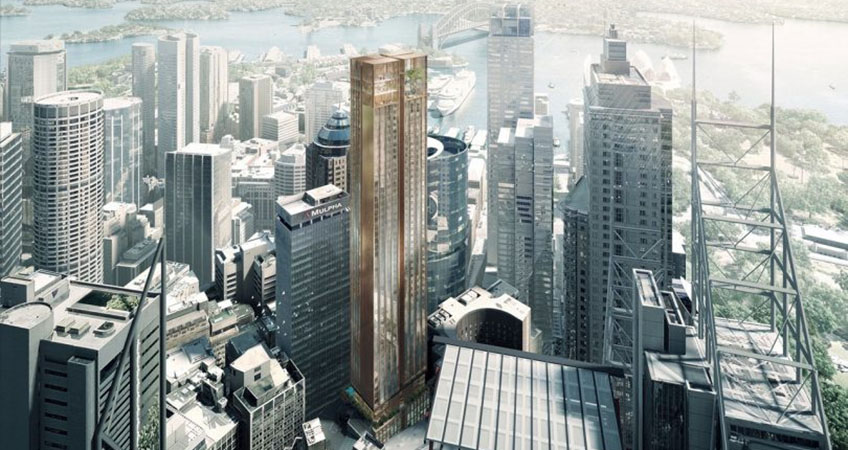 Singaporean developer SC Capital Partners’ plan for a $750 million, 55-story luxury hotel in Sydney is one step closer to reality.

Planning Minister Rob Stokes said the project has now progressed to State Significant Development state and it will update the City of Sydney’s Local Environment Plan.

Located at 4-6 Bligh Street, this will be Sydney’s first luxury hotel in 20 years. The 440-room hotel was designed by Woods Bagot and will also include shops, restaurants and cafes.

The Urban Taskforce’s CEO Chris Johnson said the project has been in “planning purgatory for too long” as he welcomed the announcement.

“It is good news that the project is now more connected to the planning system and hopefully will get planning approval before too long. The design of the building looks impressive and the sleek 55-story tower will be a good addition to the Sydney skyline,” he said.

However, Johnson said, on the same day that the Bligh Street hotel was moving forward, plans for the proposed Ritz-Carlton Hotel in Pyrmont were being discussed at a public meeting held by the Independent Planning Commission (IPC), where the NSW Department of Planning, Industry and Environment argued against the 62-story hotel project proceeding because it was different to the existing character of Pyrmont.

“The Urban Taskforce is concerned that since the publication of the ‘Local Character and Place Guideline’ in February 2019, the Department of Planning seems to be preferring the preservation of existing local character over bold new visions for the future. Pyrmont needs to be ‘taken to the next level,’ as the Premier Gladys Berejiklian has recently stated.

“Sydney needs more quality hotels, and the small planning step forward for the proposed hotel at Bligh Street is good news. This needs to be supported by the IPC approving the Ritz-Carlton Hotel in Pyrmont.” Johnson said.

For more on this story go to Australian Property Journal.