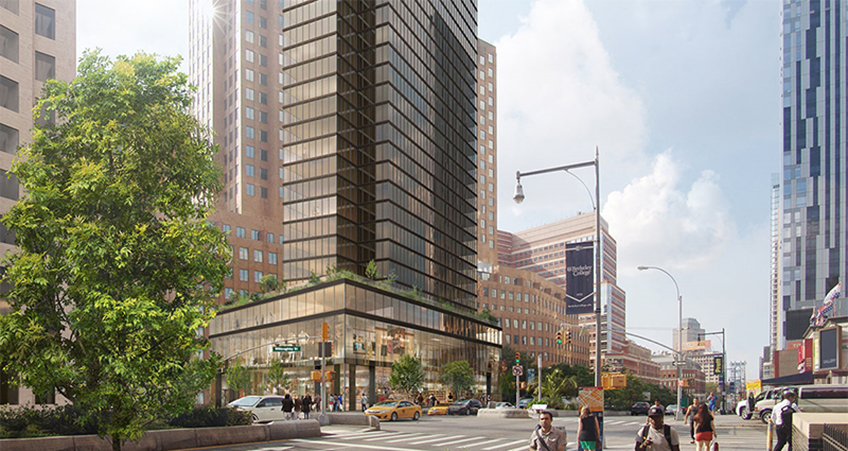 The site at 141 Willoughby Street in Downtown Brooklyn is planned to welcome a 23-story office building. Demolition has concluded and the land sits awaiting excavation for the 360-foot (110-meter) structure, which is being designed by Fogarty Finger Architects with SLCE Architects as the architect of record. Gregory Jaffe of Savanna is listed as the owner on the applications that were filed in June 2019.

Photos show the state of the trapezoidal plot, which is bound by Willoughby Street, Gold Street, and the southbound lanes of Flatbush Avenue. The site was formerly occupied by a three-story low-rise building that housed the Institute of Design and Construction.

The proposed development will span 363,336 square feet (110,000 square meters), with 310,077 square feet (95,000 square meters) designated for offices. The steel superstructure will include retail space on the cellar and ground floors. No official renderings for the upcoming office edifice have been seen, but the property will certainly be conspicuous when exiting the Manhattan Bridge and entering the heart of Downtown Brooklyn. Though far short of the skyscraper status boasted by nearby developments like Brooklyn Point, 141 Willoughby Street would nevertheless bring a wealth of new office space to the expanding neighborhood.

The site is one block away from the DeKalb Avenue subway station, serviced by the B, Q, and R trains. The 2 and 3 trains at the Hoyt Street station are also nearby to the south on Fulton Street.

Official start and completion dates for 141 Willoughby Street have not been announced.