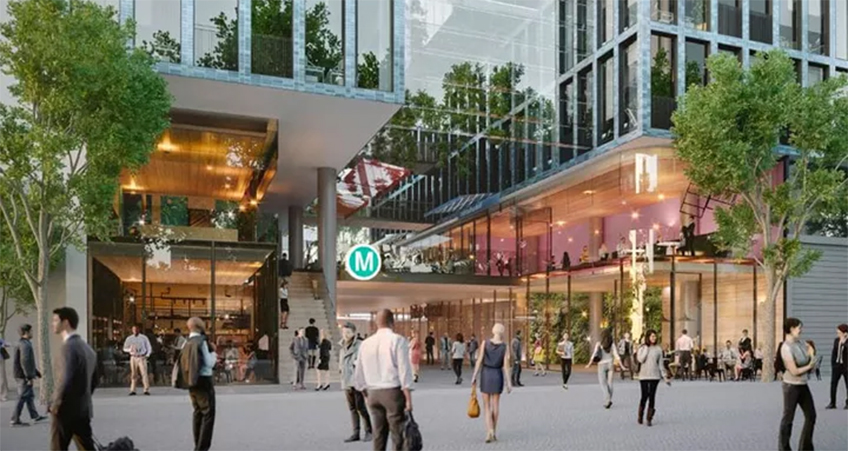 An AUD$1.2 billion (US$830 million) over-station development at the future Victoria Cross metro station in North Sydney has topped the latest list of projects to be fast-tracked by the NSW government.

The North Sydney development, along with 18 other state-significant projects valued at AUD$4.7 billion (US$3.2 billion), have been announced as part of the NSW governments third and latest tranche of fast-tracked assessments.

Other projects picked by the Berejiklian government include the development of a 60-megawatt solar farm, an AUD$64.3 million (US$44.4 million) school in Sydney’s south-west, rezoning for the North Castle Hill Precinct and 5,000 new homes in Parkwood being delivered by developer Riverview.

Adding to the bill is Mulpha's AUD$1 billion (US$690 million) Norwest, a series of nine high-rise towers, ranging from eight to 26-storeys in the Hills.

The over-station tower slated for Victoria Cross station, being overseen by Lendlease, will include about 58,000 square meters of office and retail space.

Policymakers also signed off on AUD$10 million (US$6.9 million) towards social housing with 41 affordable housing units to be considered in Gosford.

The latest announcement follows on from a slew of recent development approvals, with the first projects touted in late April including the multi-billion-dollar Snowy 2.0 pumped hydro project.

The second tranche brought forward soon after in late May included approval for AUD$2.6 billion (US$1.8 billion) plans to rezone Mamre Road in Western Sydney’s Aerotropolis.

To date, 48 major projects have had their assessments finalised through the program.

“So far this program has unlocked AUD$1 billion (US$690 million) of economic investment a week – far surpassing any other state’s planning acceleration programs,” Stokes said.

The NSW government estimates that $13 billion (US$8 billion) in economic benefit will be injected into the economy, while delivering 8,000 new homes, infrastructure and public space.

If approved, Berejiklian said the state government would hit its jobs target in three months instead of six.