New Property Group To Launch a Trio of Projects in Parramatta 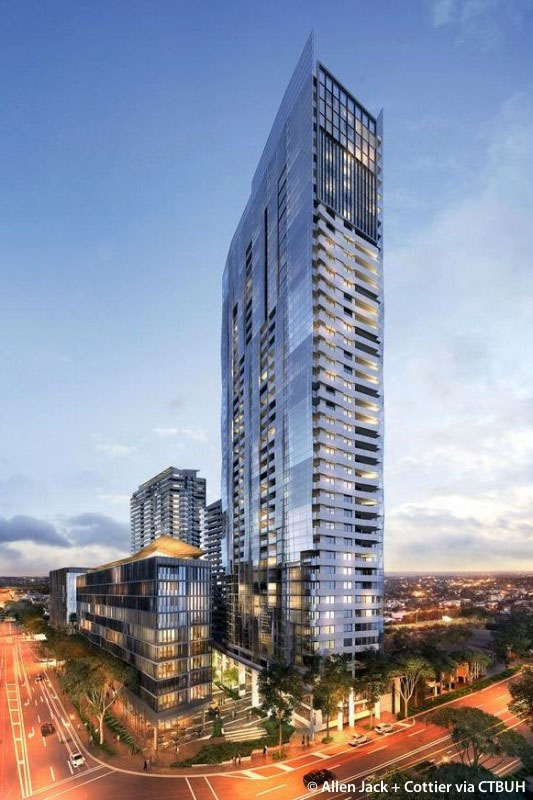 The South Quarter Complex is one of the developments spearheaded by Ellerson Property in Parramatta.
01 October 2020 | Parramatta, Australia

Based in Parramatta, in the heart of Sydney’s growing second CBD, Ellerson Property has been co-founded by Fayad Fayad and Remon Fayad.

The company will launch with a strong pipeline of projects under its belt – including a trio of developments in Parramatta.

The largest and most significant of these is the South Quarter project, a masterplanned 14,287 square meter precinct that will transform Parramatta’s famous Auto Alley on Church Street with five residential and commercial towers, including an international branded hotel and a community park. The project is now in the final stages of construction design.

South Quarter is slated to become the new southern gateway to Parramatta, and has been approved for 750 apartments across towers ranging in height from 10 to 42 stories, as well as nearly 40,000 square meters of retail and commercial spaces, just 450 meters from the Parramatta Rail and Bus Interchange and 260 meters from Westfield Parramatta.

Designed by Nettleton Tribe and Fox Johnston architects, the project has recently been announced as one of 10 projects in the NSW Government’s fifth tranche of projects to be fast-tracked for assessment.

In addition, Ellerson Property will develop one of Parramatta’s most iconic sites – the former Cumberland Newspapers headquarters at 142 Macquarie Street.

The winning design for the project incorporates a striking 60 story, 950 apartment residential tower, plus two further towers of 35 levels and 25 levels respectively, offering 21,000 square meters of commercial and retail space.

There are also plans for the Macquarie Street project to include its own station on the future Parramatta Light Rail, which is currently under construction and is due for completion in 2023.

“The launch of Ellerson Property means a lot to us on a personal level, and we’re very excited to be developing some landmark projects for the people of Sydney.

“These projects will help establish Ellerson Property as a dynamic new brand for Australian property consumers, and speak to our ambition to become a ‘go-to’ property group, particularly in Sydney.

According to Remon, the choice of the name ‘Ellerson’ is particularly relevant to the brothers, as it combines two names that speak to their personal history – Ellis Street in Merrylands, where Fayad and Remon grew up, and Anderson Street in Parramatta, which was the site of their first project together.

“When we decided to establish Ellerson Property, we were inspired by some key moments in our lives and careers – but that said, we also have an eye on the future,” added Remon.

“Over the longer term, we aim to expand our service offering to include the development of hotels and serviced apartments, as well as the delivery of development management and asset management services.

“In addition, part of our growth strategy will involve the exploration of ‘build-to-rent’ product in the coming years.”

For more on this story, go to Polymer Studios.