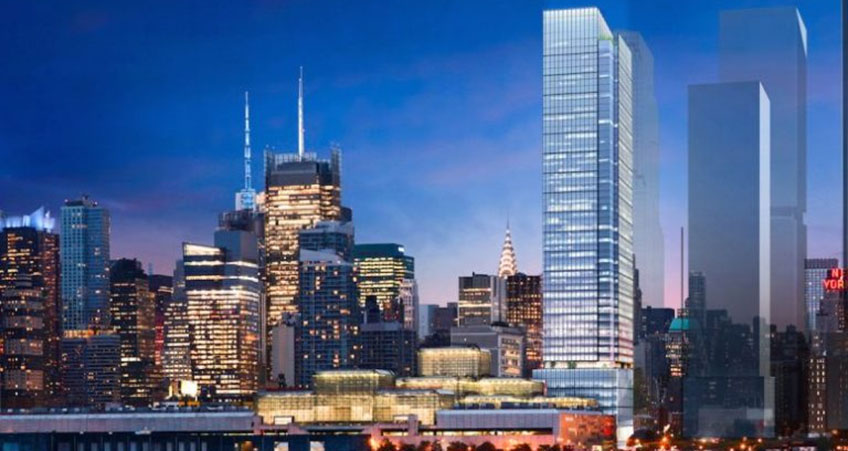 There have been many changes to the development breaking ground in 2017.
09 September 2019 New York City, United States

Boston Properties has filed permits for a 888-foot-tall (270-meter-tall) tower at 3 Hudson Boulevard. There have been many changes to the development since the Moinian Group broke ground on the property in 2017—when specs called for a 940-foot-tall (286-meter-tall) 53-story skyscraper.

Also known as 400 Eleventh Avenue in Hudson Yards, Manhattan, the site is located between 34th and 35th Streets, one block from the 34th Street-Hudson Yards subway station, serviced by the 7 train. The proposed 56-story commercial building will yield 1,538,210 square feet (142,904 square meters) of commercial space.

In May of 2019, Boston Properties finalized a $500 million equity investment deal for 3 Hudson Boulevard with the Moinian Group, acting as both the lender and co-developer with the Moinian Group in the joint venture. FXCollaborative Architects is listed as the architect of record. The firm is also responsible for the upcoming 695-foot (212-meter) 58-story tower at 601 West 29th Street in Hudson Yards. An estimated completion date has not been announced.

For more on this story go to New York YIMBY.