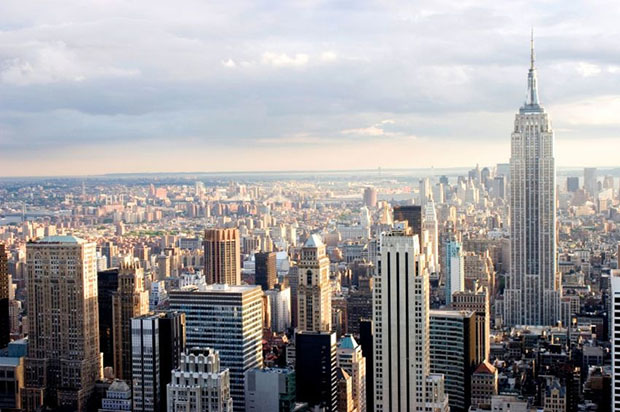 New York City is about to embark on an ambitious plan to fight climate change that would force thousands of large buildings, like the Empire State Building and Trump Tower, to sharply reduce their greenhouse gas emissions.

The legislation, passed by the City Council, would set emission caps for many different types of buildings, with the goal of achieving a 40 percent overall reduction of emissions by 2030. Buildings that do not meet the caps could face steep fines.

The bill has broad political support in New York. Thirty-eight of the city’s 51 council members sponsored the legislation, and it ultimately passed in a 45-2 vote. Mayor Bill de Blasio has said he will sign the bill.

The effort comes as New York, among other states, has undertaken a number of initiatives to reduce carbon emissions, and as the country debates the merits and necessity of the Green New Deal, the congressional proposal to tackle climate change and create new high-paying jobs in clean energy industries.

But New York City’s move is opposed by real estate industry executives in part because of the associated costs to meet the new targets.

“This is huge,” said John Mandyck, the chief executive of the Urban Green Council, an umbrella group that includes real estate developers and environmental groups, among others. “I haven’t seen a city that has tackled climate change head-on in a way like this, setting specific targets for buildings and providing a path forward for how they can comply through innovative policy tools.”

The legislation, part of a package of bills known as the Climate Mobilization Act, comes after little progress was made during years of efforts to nudge, cajole or provide incentives to building owners to make voluntary cuts in energy use.

Mayor Bill de Blasio, who called the bill “very aggressive,” has said that he would sign the legislation, and that his administration had worked closely with the Council as it drafted the bill. “It’s going to revolutionize our ability to reduce emissions through our buildings which are really our number one problem here in New York City,” the mayor said.

Many types of buildings were exempted from the caps, including houses of worship and apartment houses with rent-regulated units and other types of affordable housing. Those buildings are required to carry out several energy-saving measures, such as insulating pipes, but those measures fall well short of the costly steps required to meet the caps.

Real estate industry executives say that while they support reducing emissions, they believe too many types of buildings were given exemptions, placing an undue burden for reducing the city’s greenhouse gas output on the remaining buildings.

Ed Ermler is the board president of a group of four co-op apartment buildings with a total of 437 units in Jackson Heights, Queens. He said that in recent years he has invested hundreds of thousands of dollars to install computerized boiler controls and other systems to make the 1950s-era buildings, called Roosevelt Terrace, more energy efficient, and yet the target that the city has set is still “totally unattainable.”

“To get down to even 20 percent from where I am today, with the technology that exists, there’s nothing more that I can do,” Mr. Ermler said. “It’s not like there’s this magic wand.”

He said that the majority of apartment owners in the complex are over 65 years old. “Most are on a fixed income and I have to be very cognizant about anything that I do because I don’t want to put an undue burden on people that can’t afford it.”

Carl Hum, the general counsel for the Real Estate Board of New York, which primarily represents large developers, expressed concern that the exemptions given to thousands of large buildings would undercut the goal.

He also said that some businesses have much higher energy consumption — such as media, technology or life sciences companies — and that the law would effectively discourage landlords from leasing space to them, for fear of paying fines when the energy use of their buildings exceeds the caps.

“The overall effect is going to be that an owner is going to think twice before she rents out any space: ‘Is the next tenant I’m renting to going to be an energy hog or not?’” Mr. Hum said. “There’s a clear business case to be made that having a storage facility is a lot better than having a building that’s bustling with businesses and workers and economic activity.”

Mr. Chambers said that a new city agency that would be created by the law, the Office of Building Energy and Emissions Performance, would consider appeals from building owners and be empowered to give variances for tenants that have high energy needs.

“They would come to the city and explain that they have an outsize energy usage because of this particular use type, and their compliance path would be adjusted as a result,” Mr. Chambers said.

The math of the law is complex. Many large buildings have been tracking and reporting their energy use and related factors for years — a process known as benchmarking — allowing the city to calculate the greenhouse gas emissions per square foot for individual buildings.

The caps set limits for different types of buildings, such as apartment houses or office buildings. For instance, the city’s benchmarking website shows that the Empire State Building produces 6.27 kilograms of carbon dioxide per square foot (67.4 kilograms per square meter) in the course of a year.

The cap would require it to emit just 4.53 kilograms of CO2 per square foot (48.8 kilograms per square meter) in 2030, or pay a fine. Fines for large buildings could reach into the millions of dollars a year, depending on how far above the cap they are.

“New York City is a complicated, dynamic place with lots of old buildings and new buildings and hospitals and houses of worship and affordable apartments,” said the City Council speaker, Corey Johnson. “So to craft a bill that would make a significant difference while at the same time understanding the variation of building stock was a challenge.”

For more on this story visit The New York Times and CNBC.