New Images Revealed of a 55-Story Residential Tower in Salford 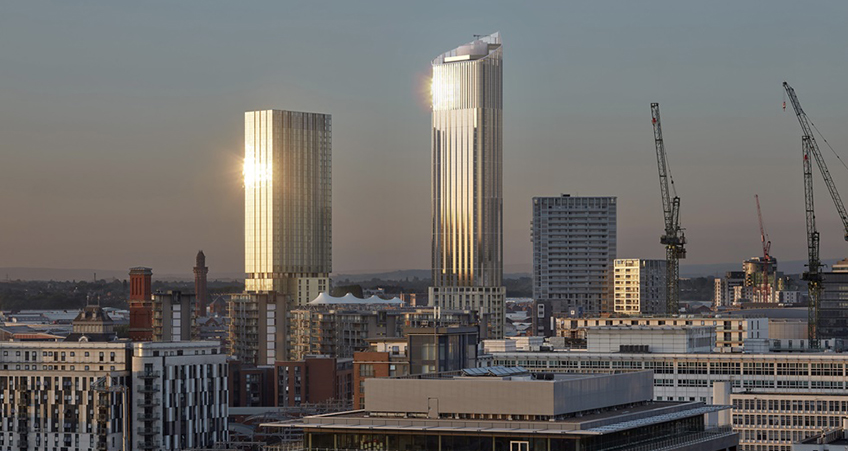 New images have been revealed for a residential scheme in Salford, which would deliver 545 apartments.
27 September 2019 Salford, United Kingdom

OMI Architects has revealed images of a 55-story residential tower submitted for planning in Salford.

The local practice’s 51,833-square-meter proposal would create the tallest building in the rapidly developing city, part of Greater Manchester.

The scheme, for Hong Kong-based developer One Heritage, would create 545 apartments in Salford’s Greengate district.

It would also incorporate commercial space and public-realm improvements, including a river walkway. There would be car and cycle parking spaces and resident facilities including a library, a gym and a rooftop garden.

The site—on the corner of Greengate and New Bridge Street—is close to Manchester’s Victoria station and is currently used as a surface parking lot.

A public consultation was held on the plans earlier this month. Talks are underway with contractors and, subject to planning, work could start on site late next year.

OMI Architects director Nick Berry said, “It’s fantastic to see plans for One Heritage Tower take a step forward today with this planning application and that local residents are supportive of the iconic design we have developed for the scheme.

“We have worked closely with Salford City Council to create a building that not only ties in with Salford’s aspirations for the area, but will make a significant contribution to the skyline of this emerging quarter of the city.”

For more on this story, go to Architect’s Journal (subscription required).