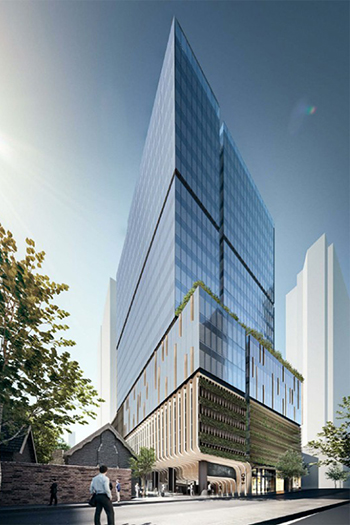 More than 560 workers will relocate from 383 La Trobe Street as the AU$300 million (US$207 million) Lonsdale Street tower reaches completion in late 2022.

The AFP Melbourne office will lease 22,750 square meters of dedicated tenancy space, along with 135 car parking spaces as part of the 30-year lease, which includes two additional five-year options.

The AFP Melbourne state office received parliamentary approval for AU$98.43 million (US$68 million) of upgrades to the building and AU$63.43 million (US$44 million) in landlord incentives as part of its agreement for the lease with Charter Hall.

Melbourne CBD office vacancy remains the tightest in the country, with a 3.7 percent vacancy rate and prime grade vacancy rates tightening to 2.1 percent, the lowest level since 2008 according to JLL’s third quarter office market report.

The AFP’s new headquarters will face Little Lonsdale Street and Hayward Lane in the northeastern core of Melbourne’s CBD.

The AFP ruled out Cbus Property’s 311 Spencer Street, set to house the Victorian Police headquarters, as part of its shortlisting process.

Building contractor Lendlease will integrate the upgrades and fit-out requirements during construction. The AFP will be responsible for building’s fit-out, establishing a project office on site to carry out the administration of the agreement for lease.

Charter Hall has amended the planning permit to fit the AFP’s design and upgrade requirements to the building. The building is due for completion in December 2022—the AFP’s lease expires at 383 La Trobe Street in the same month.