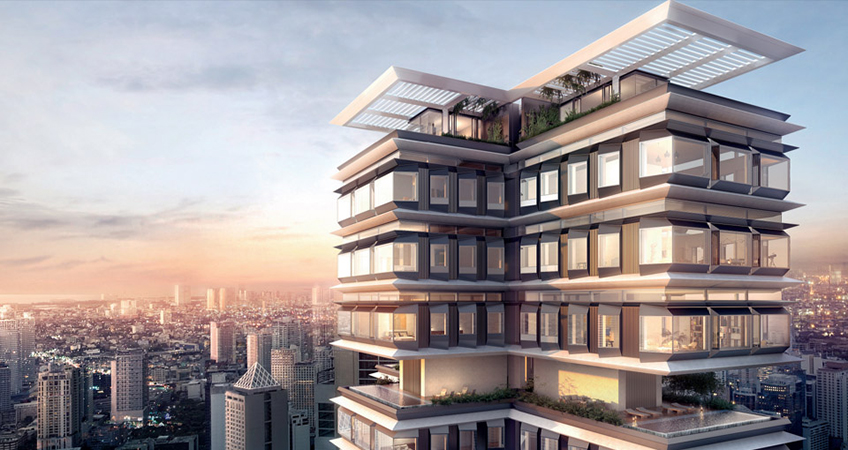 At a height of 276.8 meters, The Estate should become the tallest building in the country. © The Estate Makati
03 July 2019 Makati, Philippines

Property firm SM Development Corp. (SMDC) and Federal Land Inc. have sold approximately 40 percent of space available within The Estate, a luxury residential project which offers units valued at around PH₱600,000 (US$11,700) per square meter. Units are expected to be ready by 2023.

ST 6747 Resources Corp. (STRC) is developing The Estate, located within the upscale Apartment Ridge area along Ayala Avenue, and is described as one of the last pieces of prime real estate in Makati. “There’s a lot of interest within the domestic market. You certainly have people and individuals who’ve made that choice to invest here, and then, of course, we have our investors and expats that we see coming in through the pipeline in September,” STRC Chief Operating Officer Bernie C. Basilan said during a media roundtable in Makati on 27 June 2019.

The Estate will offer eight penthouse suites with three bedrooms each, spanning from 407–497 square meters. Four penthouse suites within the project will have four bedrooms each, with sizes ranging from 617–764 square meters. Federal Land President Pascual M. Garcia III noted that they have already sold out all penthouse units, one of which was sold at PH₱400 million ($US7.8 million). He added that one buyer alone purchased an entire lower floor of units.

“It’s targeted to be the future home of not just the captains of industry, but new investors into the country,”

“It’s targeted to be the future home of not just the captains of industry, but new investors into the country,” Garcia said in the same briefing.

STRC has engaged British architectural firm Foster + Partners, led by world-renowned architect Norman Robert Foster, to design the project. Garcia stated that he hopes this partnership will attract buyers from Asia as well. “There are very prominent people in Asia who always want the opportunity to be a part of a Norman Foster project, so we do hope that this is going to be achieved. Right now, domestically, it’s a much better success than we had ever anticipated, so we are very encouraged by this initial response,” Garcia said.

At a height of 276.8 meters, Basilan claimed that The Estate will become the tallest building in the country. It will also have 618 parking slots, with allocations of two to eight slots per unit.

The Estate will be the second joint venture project between the Sy and Ty families. They first joined forces for the creation of the Ritz Towers, also along Ayala Avenue. “With the history that we’ve had between both families, this concept would be a good opportunity for the chairman of SMDC, Mr. Henry Sy, Jr., and our chairman Mr. Alfred Ty, to collaborate with one another on this effort,” Garcia said.

For more on this story, go to Business World.