New 28-Story Skyscraper to be Built in Oakland 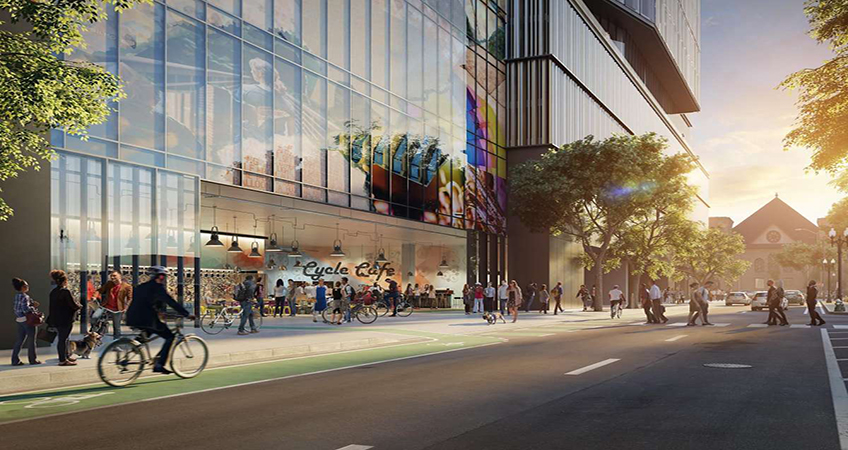 He says they did look elsewhere, but decided this is where they want to construct the 28-story building.

“At the end of the day, we can think of no better place than Oakland, California—and so we’re here,” said CEO Bernard Tyson.

Oakland Mayor Libby Schaaf was on hand for the big announcement and remarked that this was great news for the city.

“I could not be more delighted to announce that Kaiser Permanente is going to be the owner and landlord for Oakland’s biggest office building: a beautiful visionary edifice with beautiful design, thoughtful programming,” said Mayor Schaaf.

“At the end of the day, we can think of no better place than Oakland, California—and so we’re here.”

“There’s going to be community space, health education, clinics…it really is going to be a community asset, not just another office building,” Schaff said.

The new building’s address will be 2100 Broadway Street. The restaurant Giant Burgers and a city-owned parking garage now sit at the location.

“There will be some inconvenience, particularly for patrons of The Paramount that depend on that parking garage to park in,” said Schaaf. “The new building will have replacement parking in it. We also want to encourage more people to use public transit to get downtown.” She did not offer any deals to convince Kaiser to stay. “I have been adamant about not giving tax breaks, even to a wonderful organization like Kaiser Permanente. They are paying their full freight,” she said. The new building is expected to be complete in 2023.

For more on this story, go to ABC 7 News.