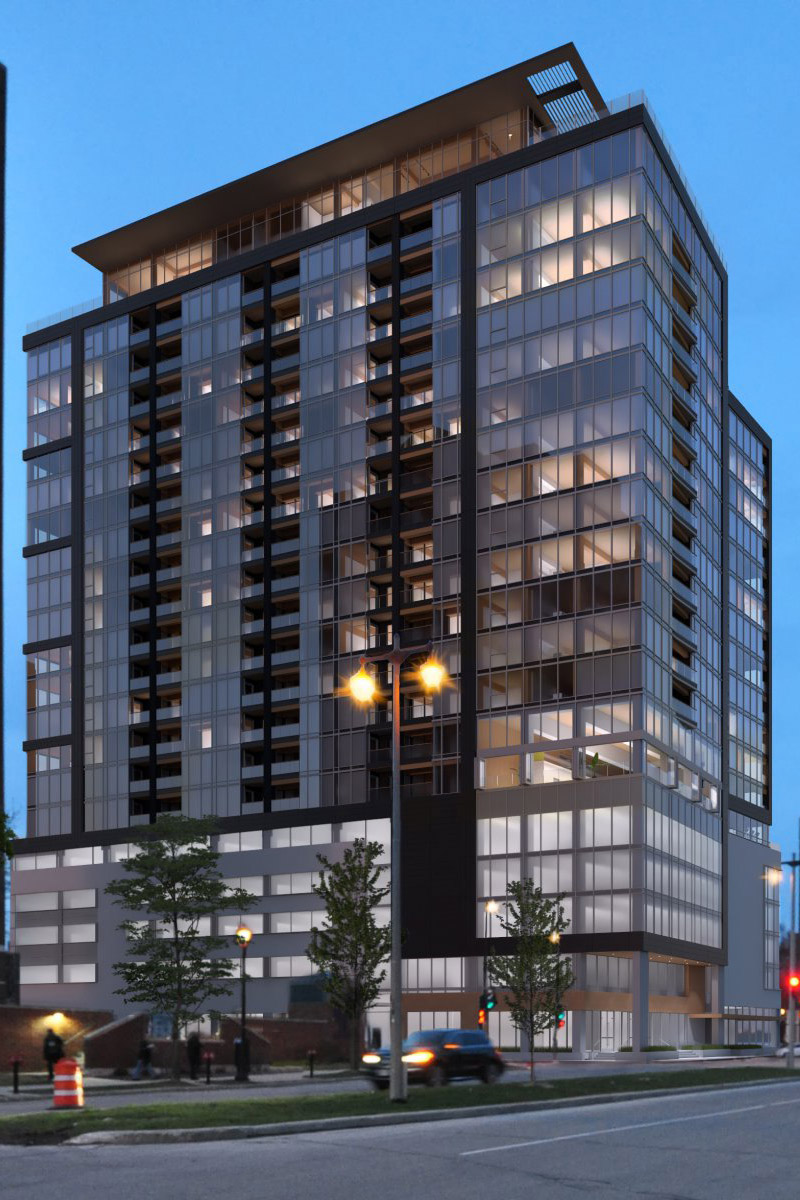 A downtown Milwaukee high-rise has found support from an unlikely source: the United States Department of Agriculture.

The only Wisconsin winner was New Land Enterprises, which is proposing to build the Ascent apartment tower, what could be the tallest mass timber building in North America, at 700 E. Kilbourn Ave.

In an interview, New Land director Tim Gokhman called the award a big honor. The funds will be used to support engineering work on the proposed 21-story, 201-unit apartment building. New Land is partnering with Korb + Associates Architects on the building’s design and New York-based Thornton Tomasetti on the building’s structural engineering.

The firm has engaged Catalyst Construction on pre-construction planning. Gokhman said the firm is also working with the Portland office of general contractor Swinerton. The Pacific Northwest, led by Vancouver and Portland, is home to a number of mass timber buildings.

“There is a steep learning curve with the material,” said Gokhman. Mass timber is an engineered product made by combining layers of lumber into a stronger material. The material is capable of building much taller buildings than conventional wood construction methods because it only chars (rather than burning through) in a fire and offers enhanced strength.

“It is unquestionably a technology that will be used more than it is today,” said Gokhman. His firm is also proposing a seven-story mass timber office building on the Milwaukee River. The timber structures can provide both aesthetic and environmental benefits, including exposed wood interiors, shortened construction times and less impact on the environment.

Should it proceed on schedule, construction would take 17 months according to Gokhman. He said the firm will begin the financing process shortly. The building could open as early as 2021.

Gokhman declined to identify the size of the grant. The average size of the 41 grants would be about $217,000.

“Public–private partnerships supported by investments in wood innovations are key to managing wildfire risk and supporting health forests,” said Forest Service Chief Vicki Christiansen in a statement. “By advancing new solutions, we are making our forests and rural communities healthier and more resilient.”

For more on this story, go to Urban Milwaukee.