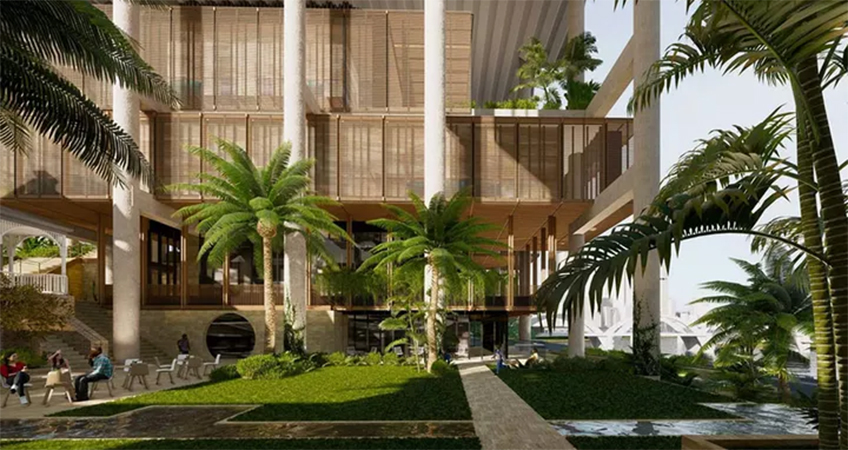 A twin-tower development overlooking the Brisbane River in the Quay Street precinct will kick off construction early 2021 after being given the green-light.

Maple Development Group is behind the AUD$200 million (US$137 million) Coronation Drive development, which will comprise 255 residential apartments, 168 five-star serviced apartments, commercial offices and retail across two 30 and 35-story buildings.

A builder has not yet been appointed for the project, but Maple said it was in talks with “a number” of tier one contractors.

The developer had pursued an impact assessable application for the project challenging the local 20-story height limit, after lodging its application last year.

Brisbane City Council resolved to approve Maple’s 35-story proposal, which spans 57 Coronation Drive, 58-66 Quay Street, and part of 15 Exford Street in Brisbane City. The developer picked up the site for AUD$16.75 million (US$11.5 million) in 2015.

The project takes in the Davidson’s Residence, built in 1868, and is one of the last 19th-century residences in the Brisbane CBD, currently home to a backpackers hotel.

“A lot of time was dedicated to planning, how we could maintain the heritage building, but celebrate its existence and give it a new function,” Brown said.

Maple, an arm of Beijing developer Peng Bo, launched its first Brisbane project in May 2018, with a 29-apartment block in Indooroopilly.

“As developers we are grateful for the opportunity to collaborate with council in this way,” Maple Development Group's Gilbert Zhu said.

Forging ahead with its own plans in the post pandemic market, ASX-listed Dexus lodged an application for a $2.1 billion twin tower project at Eagle Street Pier on Brisbane's riverfront.

“As our economy begins the process of recovery from Covid-19 pandemic, it is so important to keep the momentum going with major projects that will deliver jobs,” she said.

If approved, Dexus plans to commence construction on the 9,000 square meters riverfront Eagle Pier site in 2022 with the first stage to be delivered by 2026.