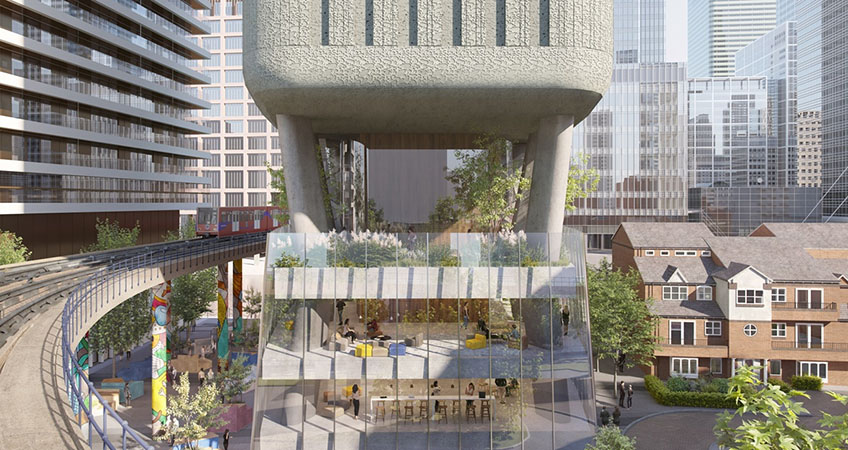 Plans to redevelop Quay House in Canary Wharf were given the go-ahead by Tower Hamlets Council. SimpsonHaugh has won planning approval for Quay House, a 39-story tower in London’s Docklands, replacing a much taller scheme rejected due to fears of over-development.

The new development will include a 400-bedroom hotel and 279 serviced apartments, with a podium at its base and, as described by the applicant, flush windows and polished concrete that mimics the smooth finish of a pebble.

The plans involve demolition of an existing three-story building on the site, which also extends beneath the Docklands Light Railway.

This proposal comes five years after a 68-story scheme by Kohn Pedersen Fox Associates, backed by Investin Quay House, was refused due to the Council’s concerns that the building failed to integrate into the local area.

The scheme also includes improvements to the nearby dockside area, including new leisure spaces and an underline access route beneath the Docklands Light Railway and Admirals Way.

Developers Rockwell and Firethorn acquired the site for a reported £26 million (US$33.6 million) in October 2019.